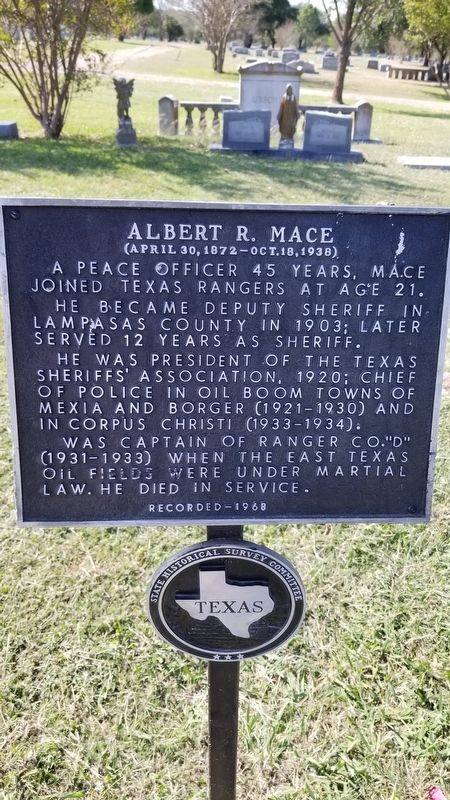 Topics. This historical marker is listed in these topic lists: Cemeteries & Burial Sites • Law Enforcement. A significant historical year for this entry is 1903.

Location. 31° 41.619′ N, 96° 28.761′ W. Marker is in Mexia, Texas, in Limestone County. Marker can be reached from the intersection of North Kaufman Street and East Evelyn Street. The marker is located in the northeast section of the Mexia City Cemetery. Touch for map. Marker is in this post office area: Mexia TX 76667, United States of America. Touch for directions.

Other nearby markers. At least 8 other markers are within 6 miles of this marker, measured as the crow flies. Miss Rogers' Music Room (about 700 feet away, measured 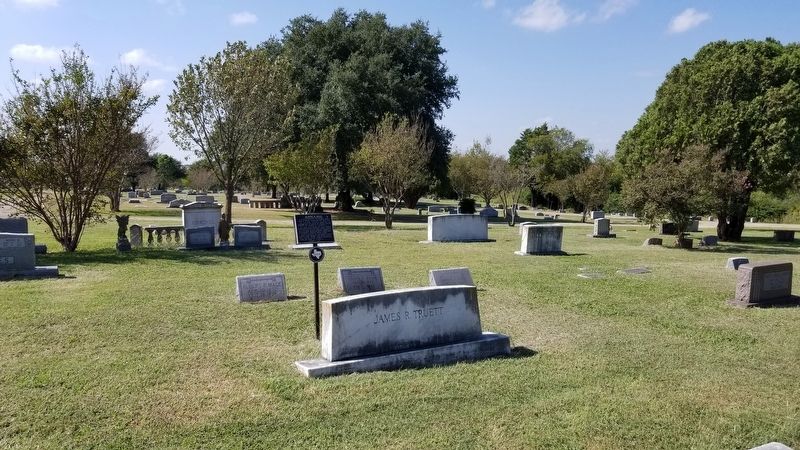 Regarding Albert R. Mace.
Albert Mace Obituary- Early Texas Ranger, Dies, Escorted First Railway to Lower Texas Valley, Mexia, Texas, Oct. 18. - Texas Ranger Albert R. Mace, 68, who started an exciting law enforcement career as one of famed Captain John Hughes' Texas-Mexican border bosses, died Tuesday after suffering a stroke of apoplexy Sunday. Mace, hard-riding young officer whose career carried him to all corners of the state, escorted the first railroad that led into the Lower Rio Grande Valley of Texas and patrolled the border in the days when there was scarcely a town between Alice and Brownsville. A good many years later, Gov. Dan Moody sent him to the then turbulent oil 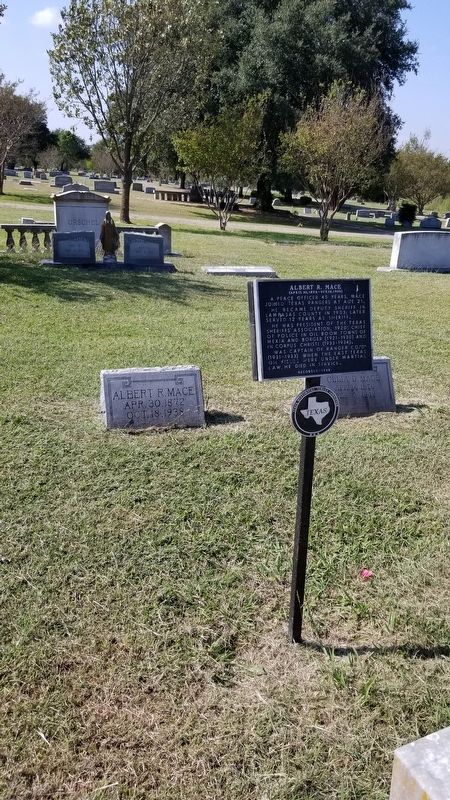 Photographed By James Hulse, October 18, 2020
3. Albert R. Mace Marker
boom town of Borger in the Texas Panhandle at the head of a force of fifteen officers after a District Attorney was slain in political strife. He remained as police chief.

Mace, born at Lampasas in 1872, entered the ranger force at Alice at the age of 21. He resigned to become deputy sheriff of Lampasas County, and was Sheriff for twelve years. He left there to become chief of police at Mexia during the oil boom days of the east-central Texas city.

Mace was appointed ranger captain at Falfurrias by Gov. Ross Sterling in 1930, serving as chief of Company D. Subsequently, he was chief of police at Corpus Christi and was reappointed to the ranger force, serving two years at Houston and here a year prior to his death. 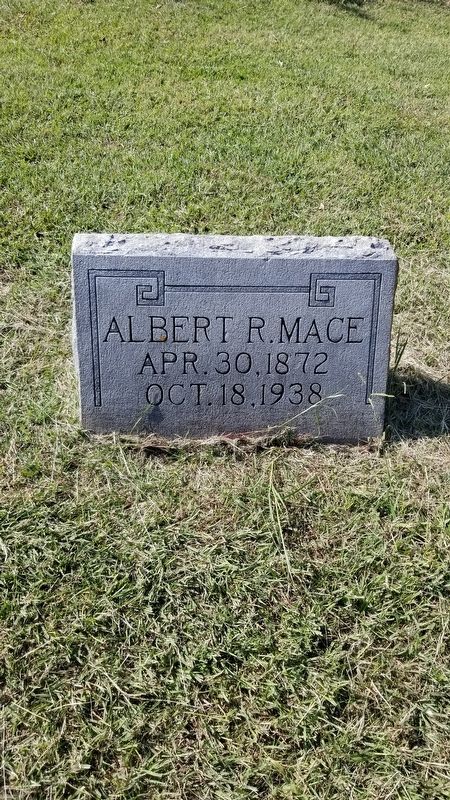