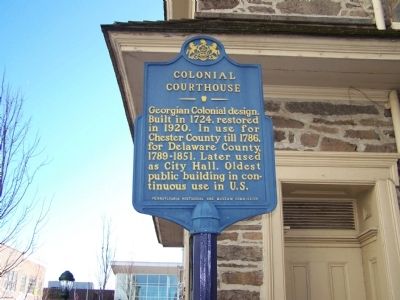 Photographed By Bill Pfingsten, January 1, 2009
1. Colonial Courthouse Marker
Inscription.
Colonial Courthouse. . Georgian Colonial design. Built in 1724, restored in 1920. In use for Chester County till 1786, for Delaware County, 1789-1851. Later used as City Hall. Oldest public building in continuous use in U. S. . This historical marker was erected in 1954 by Pennsylvania Historical and Museum Commission. It is in Chester in Delaware County Pennsylvania

Topics and series. This historical marker is listed in these topic lists: Colonial Era • Notable Buildings. In addition, it is included in the Pennsylvania Historical and Museum Commission series list. A significant historical year for this entry is 1724. 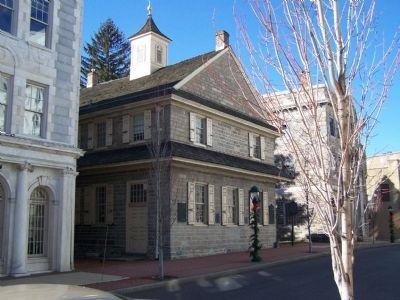 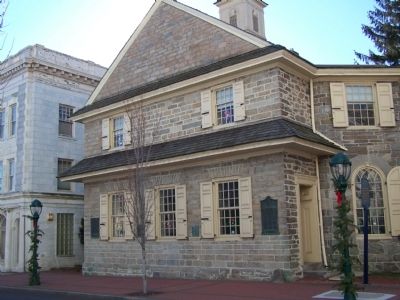 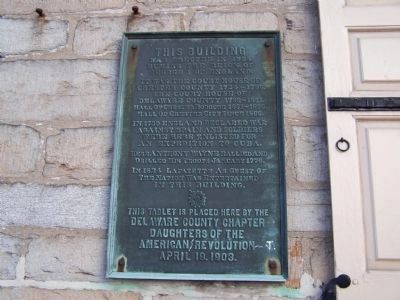 Photographed By Bill Pfingsten, January 1, 2009
4. Colonial Courthouse Plaque
This Building
was erected in 1724
during the reign of
George I of England
It was the Court House of
Chester County 1724-1786
The Court House of
Delaware County 1789-1851.
Hall of Chester Borough 1851-1866.
Hall of Chester City Since 1866.
In 1799 England declared war
against Spain and soldiers
were here enlisted for
an expedition to Cuba
Here Anthony Wayne rallied and
drilled his troops January 1776
In 1824 Lafayette as guest of
the Nation was entertained
in this building.