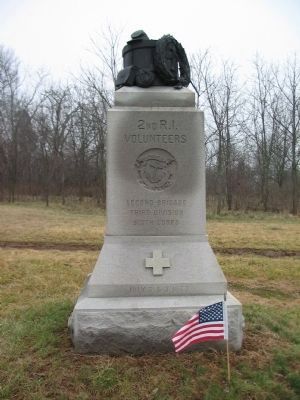 Erected 1886 by State of Rhode Island.

Location. 39° 47.734′ N, 77° 14.046′ W. Marker is near Gettysburg, Pennsylvania, in Adams County. Marker is on Sedgwick Avenue, on the right when traveling north. Located on the south part of Cemetery Ridge in Gettysburg National Military Park. Touch for map. Marker is in this post office area: Gettysburg PA 17325, United States of America. Touch for directions. 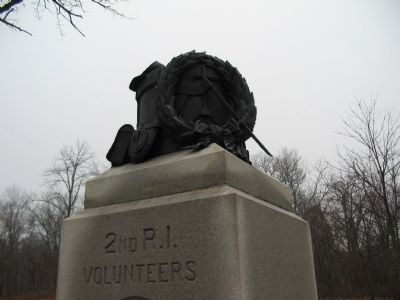 Related markers. Click here for a list of markers that are related to this marker. 2nd Rhode Island at Gettysburg.

Also see . . .  2nd Rhode Island Infantry. A brief history of the regiment. The 2nd Rhode Island is most remembered for its most famous member - Elisha Hunt Rhodes. Rhodes rose from a private in Company D to command the regiment by the end of the war. Rhodes and the 1st Rhode Island seem to have been in every major battle in the Eastern Theater. (Submitted on February 7, 2009, by Craig Swain of Leesburg, Virginia.) 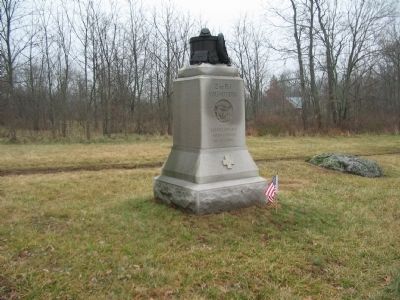 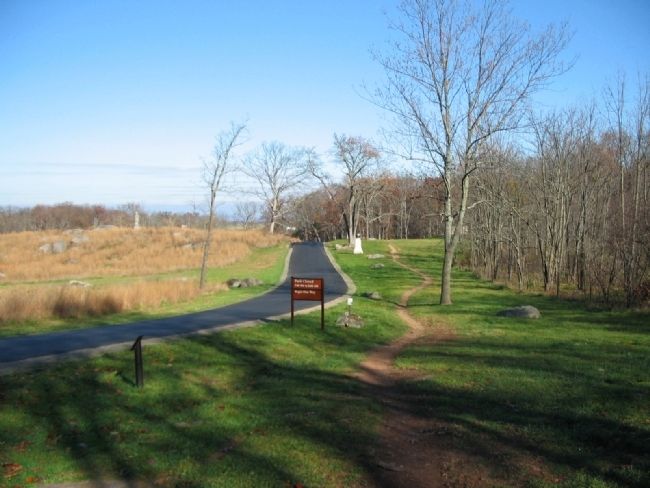