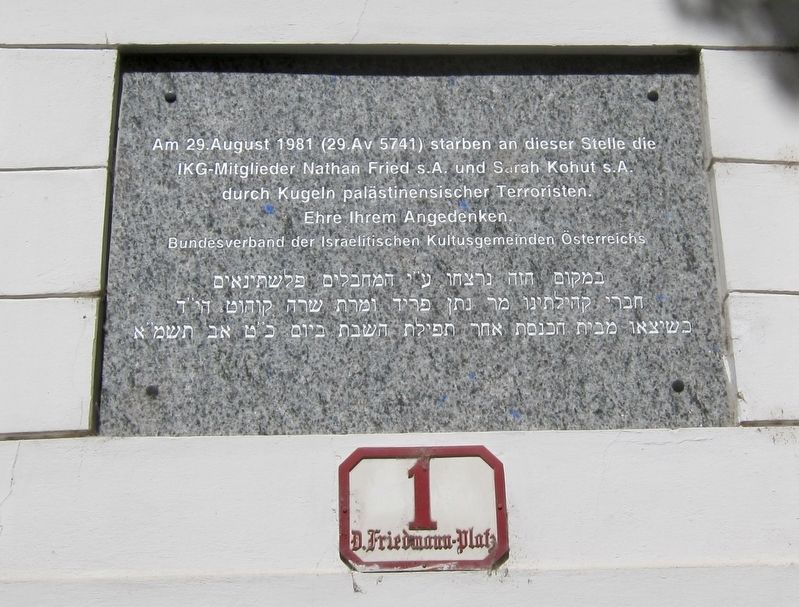 (English translation:) At this site, on August 29, 1981, Nathan Fried and Sarah Kohut, both members of the Jewish community, died here by bullets fired by Palestinian Terrorists.

In honor of their memory

Topics. This historical marker is listed in this topic list: Notable Events. A significant historical date for this entry is August 29, 1981. 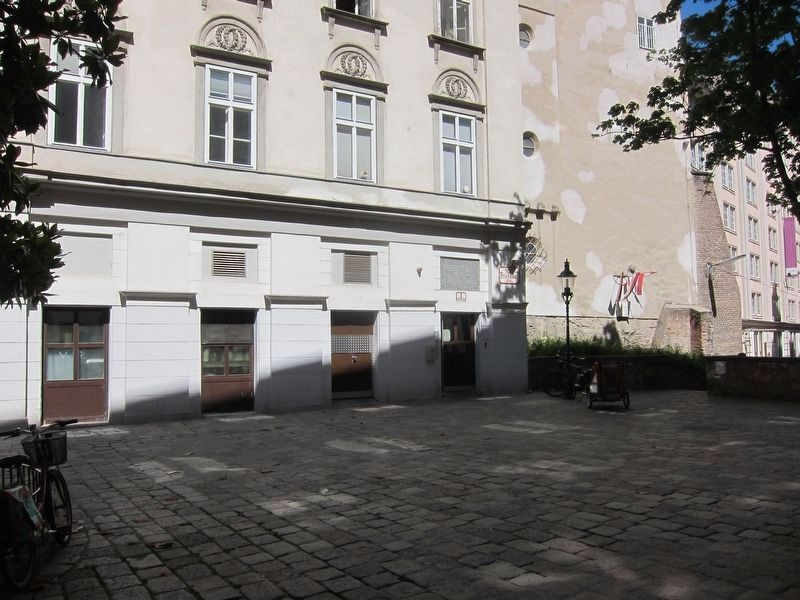 Photographed By Andrew Ruppenstein, June 15, 2017
2. 1981 Vienna Synagogue Attack Marker - wide view
The marker is visible here above the doorway at the corner of the building.

Also see . . .  1981 Vienna synagogue attack (Wikipedia). "The 1981 Vienna synagogue attack was a terror attack on the Stadttempel of Vienna, Austria carried out by the Abu Nidal Organization....The machine-gun and grenade attack killed two people and wounded 30 attending a Bar mitzvah service at the Stadttempel in Vienna on August 29, 1981.[3] Two Palestinian gunmen, Marwan Hasan, 25 years old, of Jordan, and Hesham Mohammed Rajeh, 21, born in Iraq, were convicted of terrorism charges and attempted murder. Rajeh was also indicted for the 1st of May slaying of Heinz Nittel, head of the Austrian-Israel Society." (Submitted on November 6, 2020.)
Credits. This page was last revised on February 1, 2022. It was originally submitted on November 5, 2020, by Andrew Ruppenstein of Sacramento, California. This page has been viewed 103 times since then and 21 times this year. Photos:   1, 2. submitted on November 6, 2020, by Andrew Ruppenstein of Sacramento, California.
Share this page.