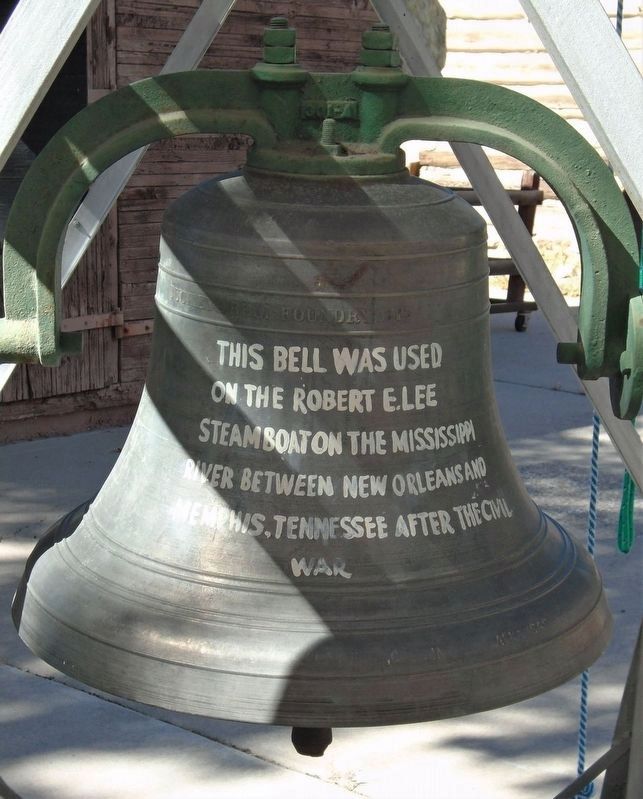 This bell was used
on the Robert E. Lee
steamboat on the Mississippi
River between New Orleans and
Memphis, Tennessee after the
Civil War

Topics and series. This historical marker is listed in these topic lists: Communications • Waterways & Vessels. In addition, it is included in the Historic Bells 🔔 series list. 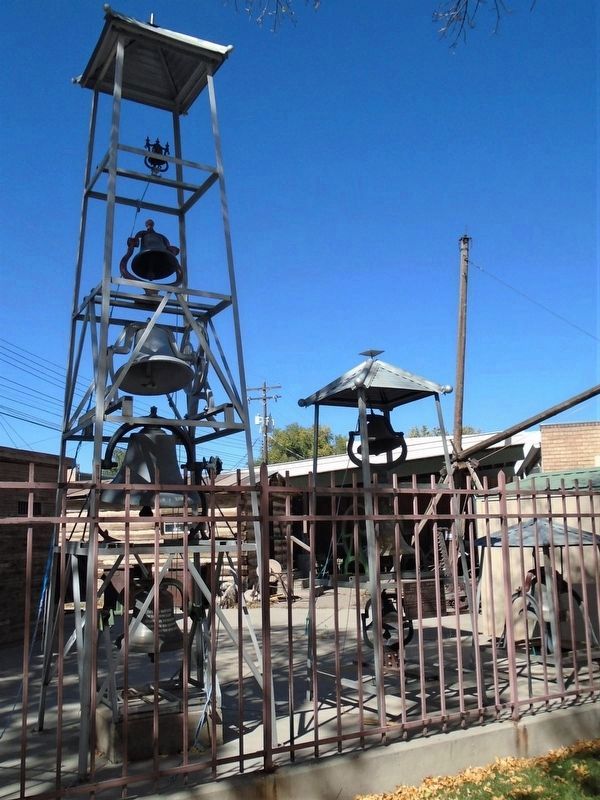 By William Fischer, Jr., October 12, 2020
2. Robert E. Lee Steamboat Bell and Marker
At the bottom of the bell tower
(within shouting distance of this marker); Delta County Bank Building (about 300 feet away, measured in a direct line); Stockham Building (about 400 feet away); Presbyterian Church of Delta (about 500 feet away). Touch for a list and map of all markers in Delta.