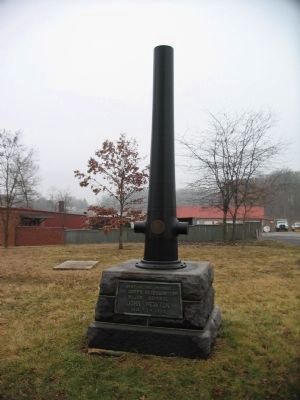 Location. 39° 48.467′ N, 77° 13.899′ W. Marker is in Cumberland Township, Pennsylvania, in Adams County. Memorial is on Pleasonton Avenue, on the right when traveling east. Located near the service building for Gettysburg National Military Park. Touch for map. Marker is in this post office area: Gettysburg PA 17325, United States of America. Touch for directions. 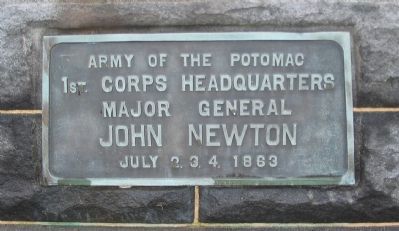 Click or scan to see
this page online
(about 300 feet away); Engineer Brigade (about 400 feet away). Touch for a list and map of all markers in Cumberland Township.

Related markers. Click here for a list of markers that are related to this marker. First Corps Leaders, Headquarters, and Hospitals at Gettysburg

Also see . . .
1. Reports of Maj. Gen. John Newton. General Newton discussed his assumption of command in his report:
July 2.--In obedience to an order from Headquarters Army of the Potomac, dated July 1, I reported in person to the general commanding, at the cemetery gate, early in the morning of this day, and assumed command of the First Corps. I found the First Division (Brigadier-General Wadsworth) occupying the high wooded hill and slopes immediately on the right of General Howard's position on Cemetery Hill, an important position, from which it was not detached during the subsequent operations at Gettysburg. Major-General Doubleday's (Third) division was in reserve behind the Eleventh Corps on Cemetery Hill. Brigadier-General Robinson's (Second) division was likewise posted on the Cemetery Hill, but on the left of the Eleventh Corps, and facing to the left in the position afterward occupied by the Second Corps. The artillery of 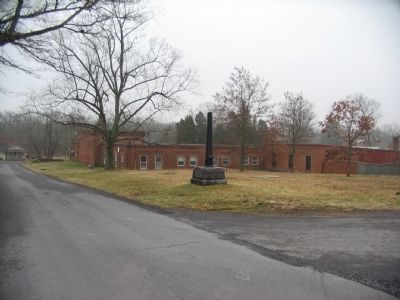 Photographed By Craig Swain, December 27, 2008
3. 1st Corps Headquarters Marker on Pleasonton Avenue
the corps, except one battery with the First Division, was posted on Cemetery Hill, and was not detached from this position during all the subsequent fighting. (Submitted on February 8, 2009, by Craig Swain of Leesburg, Virginia.)