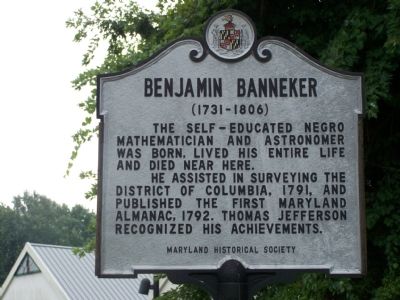 By William Pfingsten, August 19, 2007
1. Benjamin Banneker Marker
Inscription.
Benjamin Banneker. . The self-educated Negro mathematician and astronomer was born, lived his entire life and died near here. . . He assisted in surveying the District of Columbia, 1791, and published the first Maryland Almanac, 1792. Thomas Jefferson recognized his achievements. . This historical marker was erected by Maryland Historical Society. It is in Catonsville in Baltimore County Maryland

The self-educated Negro mathematician and astronomer was born, lived his entire life and died near here.

He assisted in surveying the District of Columbia, 1791, and published the first Maryland Almanac, 1792. Thomas Jefferson recognized his achievements.

Topics and series. This historical marker is listed in these topic lists: African Americans • Colonial Era • Science & Medicine. In addition, it is included in the Former U.S. Presidents: #03 Thomas Jefferson series list.

Location. 39° 16.168′ N, 76° 46.499′ W. Marker is in Catonsville, Maryland, in Baltimore County. Marker can be reached from Oella Road. Marker is on grounds of Benjamin Banneker Historical Park approximately 1 mile north of Frederick Road (Md 144). Touch for map. Marker is in this post office area: Catonsville MD 21228, United States of America. Touch for directions. 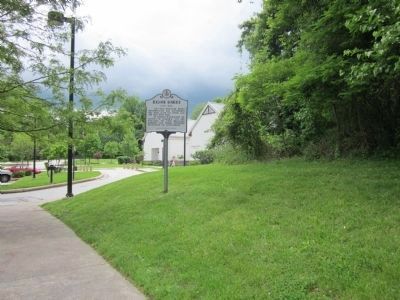 By Syd Whittle, May 15, 2012
2. Benjamin Banneker Marker
The Museum is seen in the background.
(about 400 feet away, measured in a direct line); The Stone Farmhouse (about 600 feet away); Banneker's Orchard (about 600 feet away); a different marker also named Benjamin Banneker (approx. 0.4 miles away); Edges of Earth's Crust Collided Here (approx. 0.9 miles away); The George Ellicott House (approx. one mile away). Touch for a list and map of all markers in Catonsville.

More about this marker. This marker has had a difficult history, due, it seems, to vandals, perhaps motivated by racism. A marker was erected by the State Roads Commission on the west side of Westchester Avenue, one block south of Oella Avenue, in 1954. It read as follows:

He made the first Maryland Almanac in 1792. Assisted in survey of District of Columbia. His achievements recognized by Thomas Jefferson.

Was born, lived his entire life and died near here. 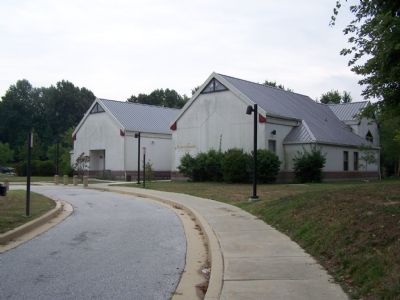 By William Pfingsten, 08-19-2007
3. Benjamin Banneker Museum
Museum is located in the park. 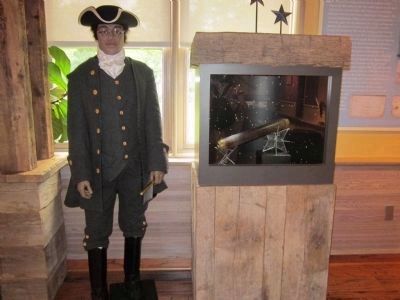 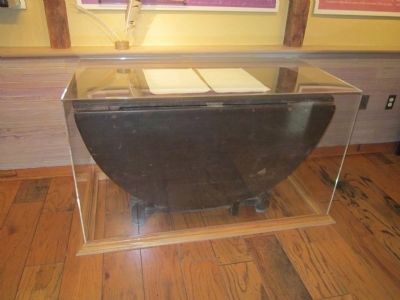 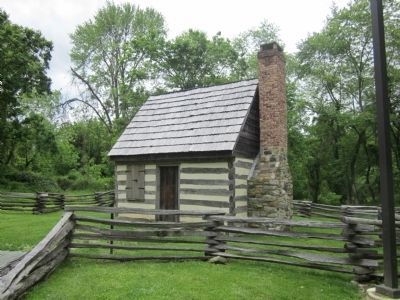