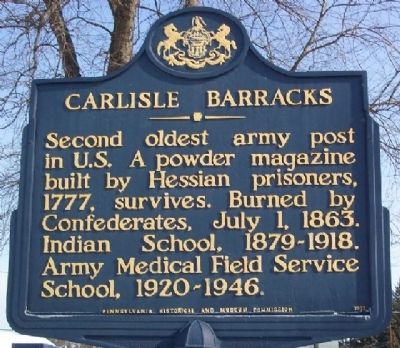 Topics and series. This historical marker is listed in these topic lists: Education • Military • Native Americans • War, US Civil • War, US Revolutionary • War, World II. In addition, it is included in the Pennsylvania Historical and Museum Commission series list. A significant historical date for this entry is July 1, 1764.

Location. 40° 12.757′ N, 77° 10.715′ W. Marker is in Carlisle, Pennsylvania, in Cumberland County. Marker is at the intersection of Hanover Street (U.S. 11) and Ashburn Drive, on the right when traveling south on Hanover Street. Marker is 100 feet north of the Ashburn Gate entrance to the US Army's Carlisle Barracks. Touch for map. Marker is in this post office area: Carlisle PA 17013, United States of America. Touch for directions.

Other nearby markers. At least 8 other markers are within walking distance of this marker. Carlisle (about 700 feet away, measured in a direct 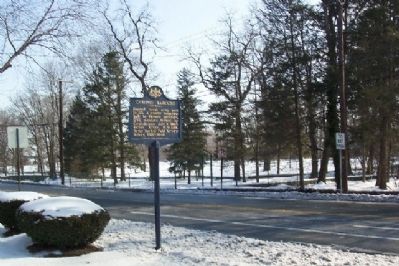