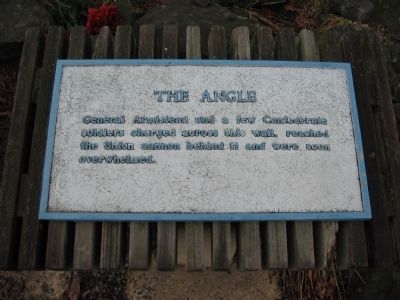 By Craig Swain, December 27, 2008
1. The Angle Marker
Inscription.
The Angle. . General Armistead and a few Confederate soldiers charged across this wall, reached the Union cannon behind it and were soon overwhelmed. . This historical marker is Near Gettysburg in Adams County Pennsylvania

General Armistead and a few Confederate soldiers charged across this wall, reached the Union cannon behind it and were soon overwhelmed.

Location. 39° 48.806′ N, 77° 14.184′ W. Marker is near Gettysburg, Pennsylvania, in Adams County. Marker can be reached from Hancock Avenue, on the left when traveling north. Located at the "Angle" on Cemetery Ridge in Gettysburg National Military Park. Touch for map. Marker is in this post office area: Gettysburg PA 17325, United States of America. Touch for directions. 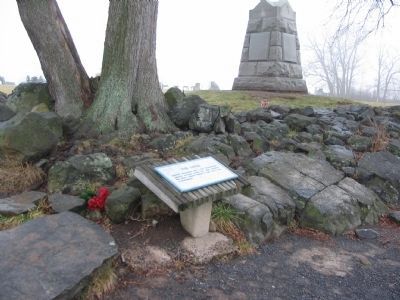 Related markers. Click here for a list of markers that are related to this marker. Markers, Tablets and Monuments at the Angle. 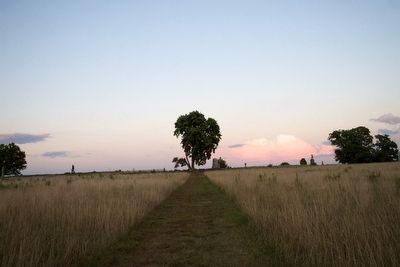 By Henry T. McLin, August 9, 2011
3. The Bloody Angle from near Emmitsburg Road.
The Bloody Angle looking east from the Confederates' point of view during Pickett's Charge.
More. Search the internet for The Angle.