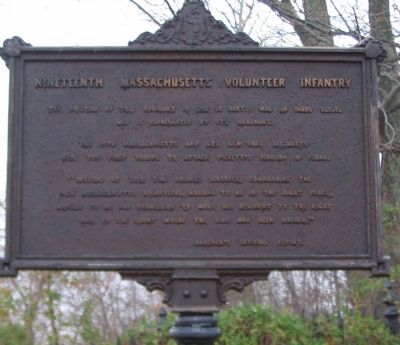 The position of this regiment in line of battle was 119 yards S.S.E. and is represented by its monument. The 19th Massachusetts and 42d New York Regiments were the first troops to attack Pickett's Division in flank.

"Passing at this time Colonel Devereux, commanding the 19th Massachusetts Volunteers, anxious to be in the right place, applied to me for permission to move his regiment to the right and to the front where the line had been broken."
- Hancock's official report."

Topics. This historical marker is listed in this topic list: War, US Civil. A significant historical date for this entry is July 3, 1863.

Location. 39° 48.739′ N, 77° 14.151′ W. Marker is in Cumberland Township, Pennsylvania, in Adams County. Marker is on Hancock Avenue, on the left when traveling north. Located on the south side of the Copse of Trees on Cemetery Ridge in Gettysburg National Military Park. Touch for map. Marker is in this post office area: Gettysburg PA 17325, United States of America. Touch for directions.

Other nearby markers. At least 8 other markers are within walking distance of this marker. Fifteenth Massachusetts Vounteer Infantry (a few steps from this marker); First New York Battery 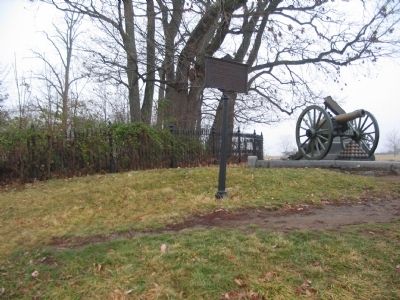 Related markers. Click here for a list of markers that are related to this marker. 19th Massachusetts Infantry at Gettysburg. 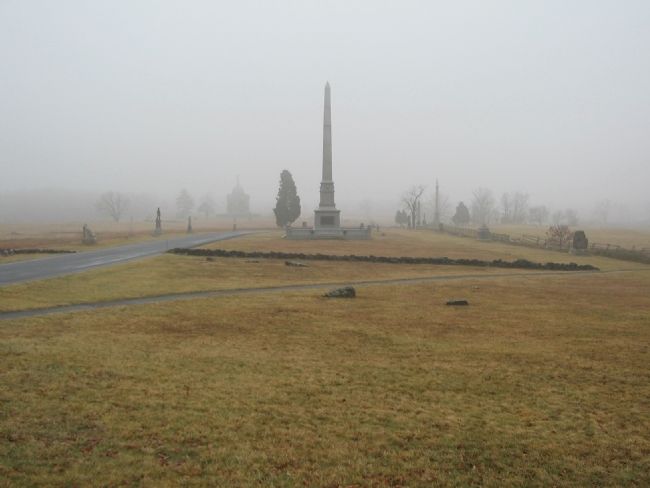