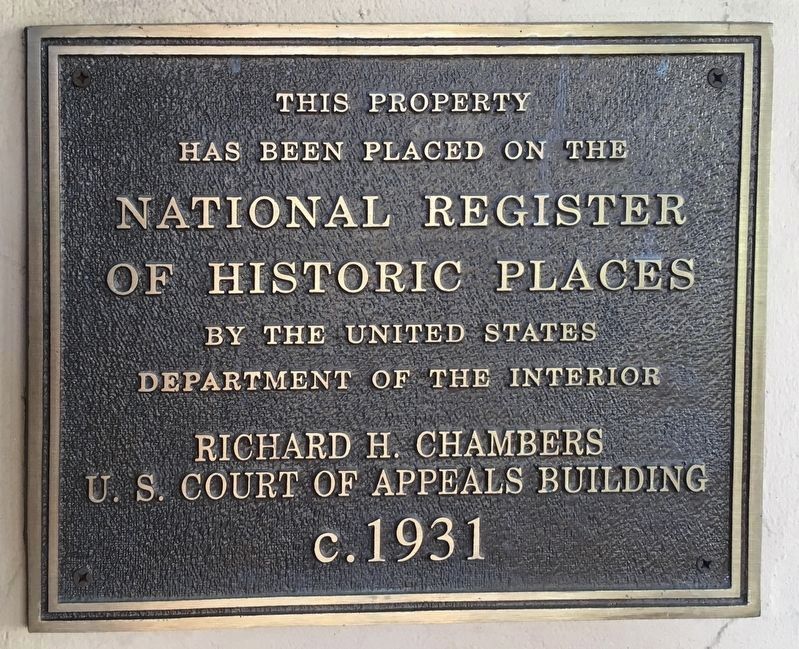 This property has been placed on the National Register of Historic Places by the United States Department of the Interior.
Richard H. Chambers U.S. Court of Appeals Building, c.1931.

Topics. This historical marker is listed in these topic lists: Architecture • Industry & Commerce • Law Enforcement • War, World II. A significant historical year for this entry is 1931.

Location. 34° 8.622′ N, 118° 9.744′ W. Marker is in Pasadena, California, in Los Angeles County. Marker is on Grand Avenue just south of Green Street, on the right when traveling south. Touch for map. Marker is at or near this postal address: 125 S Grand Ave, Pasadena CA 91105, United States of America. Touch for directions. 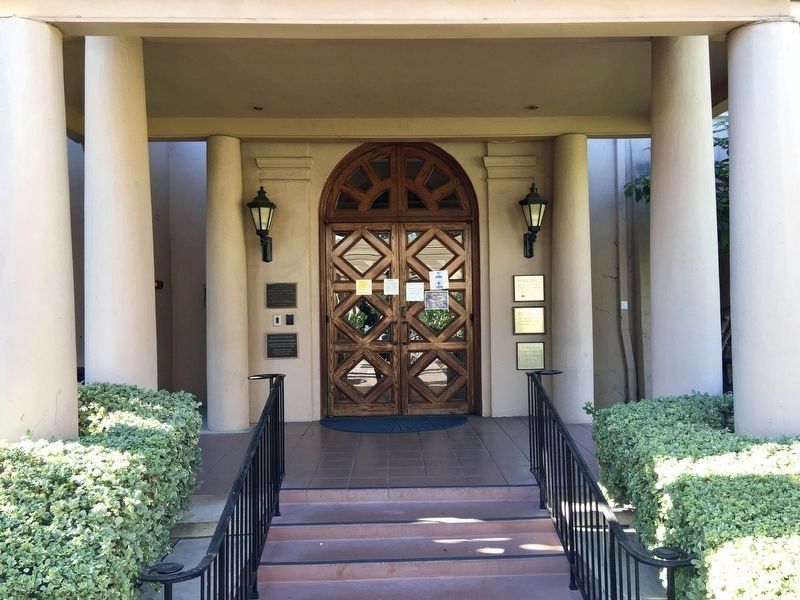 By Craig Baker, December 5, 2020
2. Court of Appeals Building Marker
The marker is to the left of the door.

Click or scan to see
this page online
(approx. ¼ mile away); History of Ambassador Gardens (approx. 0.3 miles away). Touch for a list and map of all markers in Pasadena.

Regarding Richard H. Chambers United States Court of Appeals Building. Originally built as a resort known as the Vista del Arroyo Hotel, the Spanish Colonial Revival style building became a U.S. Army hospital during WWII. After the war it was used as a federal government building, and it became a federal courthouse in 1981. In 1995, the building was renamed to honor Judge Richard H. Chambers, whose concept it was to bring a federal courthouse to Pasadena. 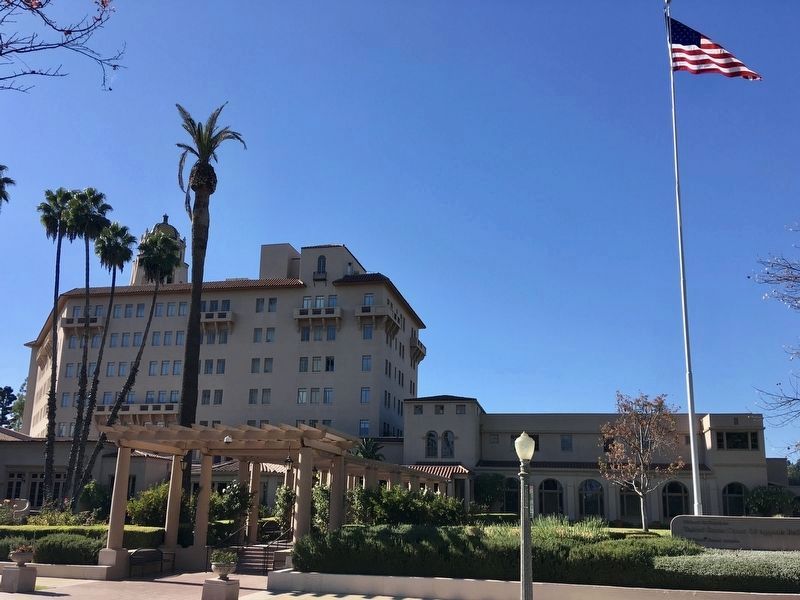 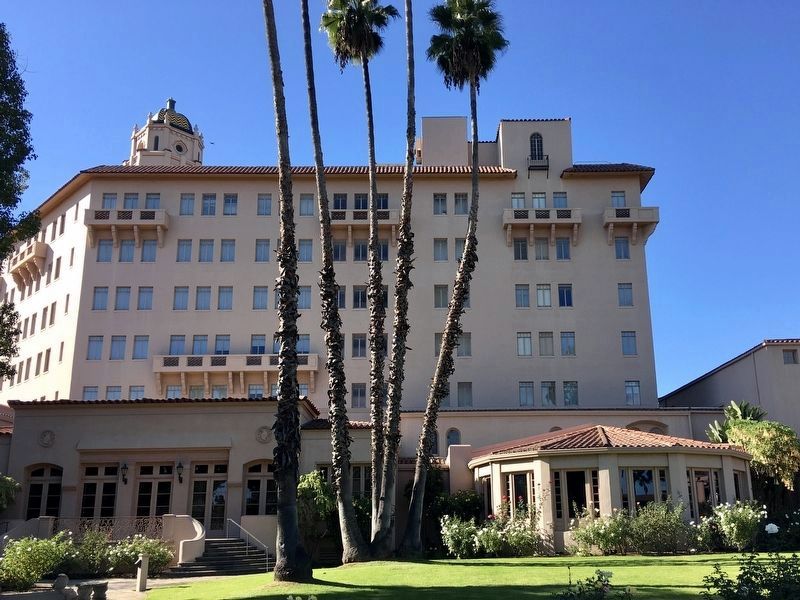 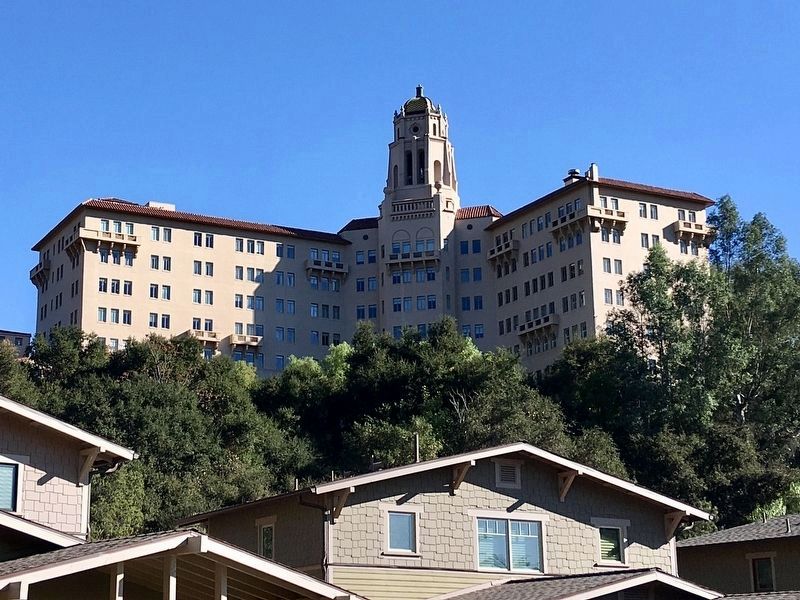