Regarding Lone Wolf Community. Death of a Kiowa Chief - In 1875 upon surrendering with his band, Guipago (Lone Wolf) was among a group of 27 Kiowa singled out by Tene-angopte on order of the U.S. Army for incarceration at Fort Marion in St. Augustine, Florida, where he would remain until 1879. He was found guilty of rebellion and sentenced to confinement in the dungeons of old Fort Marion at St. Augustine, Florida, and vulnerable to malaria and measles. Guipago contracted malaria during his imprisonment at Fort Marion and was sent home in 1879 to live out his days. He died in July 1879. Guipago is buried in the Wichita Mountains in an unknown location, in the Mount Scott area. Source: Wikipedia

Also see . . .
1. Lone Wolf - Kiowa Chief. A brief history on the life and times of Lone Wolf from the Handbook of Texas. (Submitted on December 7, 2020, by James Hulse of Medina, Texas.)

2. Kiowa Tribe. This link will give more details on the Kiowa's culture and history. (Submitted on December 7, 2020, by James Hulse of Medina, Texas.) 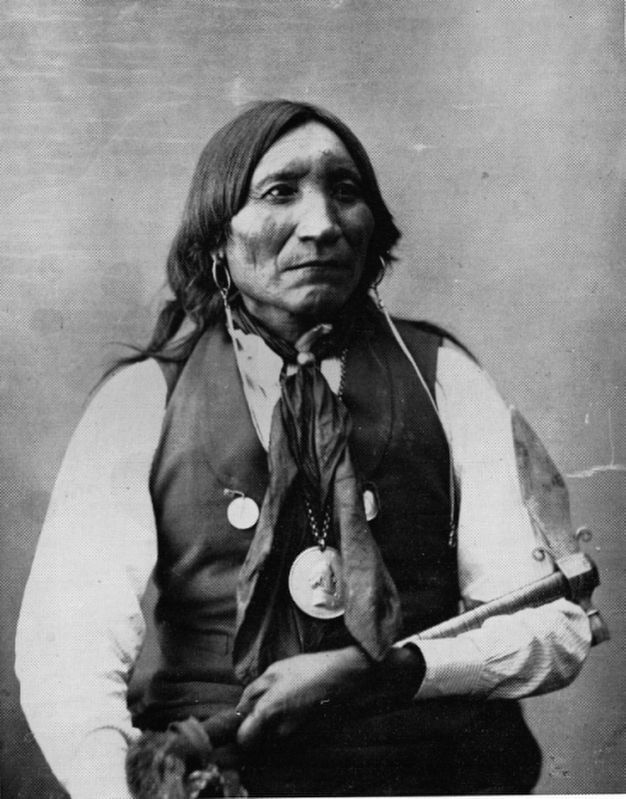