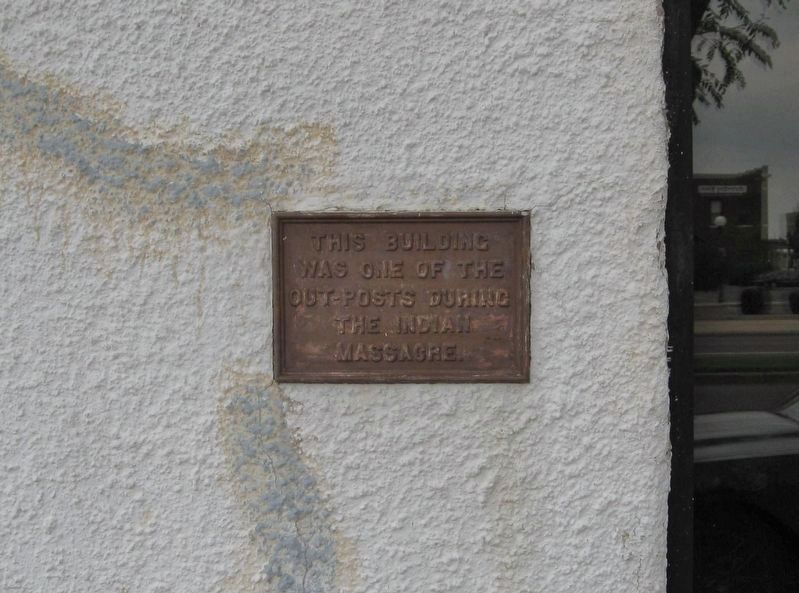 By K. Linzmeier, June 20, 2013
1. Forster Building Plaque
Inscription.
Forster Building. . This building was one of the out-posts during the Indian massacre. . This historical marker is in New Ulm in Brown County Minnesota

This building was one of the out-posts during the Indian massacre. 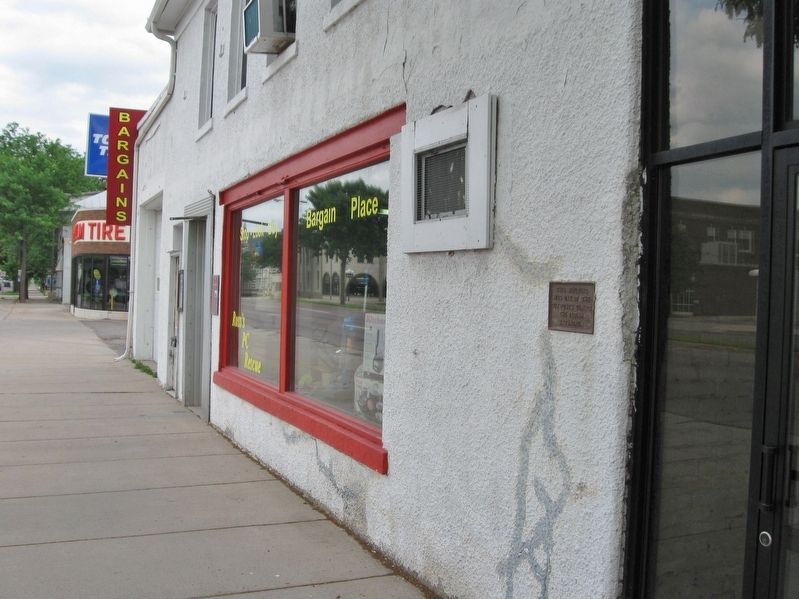 By K. Linzmeier, June 20, 2013
2. Forster Building
The oldest commercial building in the city; the exterior walls have been covered with stucco, but the building remains essentially unchanged.
Credits. This page was last revised on December 9, 2020. It was originally submitted on December 9, 2020, by Keith L of Wisconsin Rapids, Wisconsin. This page has been viewed 33 times since then and 2 times this year. Photos:   1, 2. submitted on August 30, 2013, by Keith L of Wisconsin Rapids, Wisconsin. • Devry Becker Jones was the editor who published this page.
Share This Page.