Confederate Burials In The National Cemetery 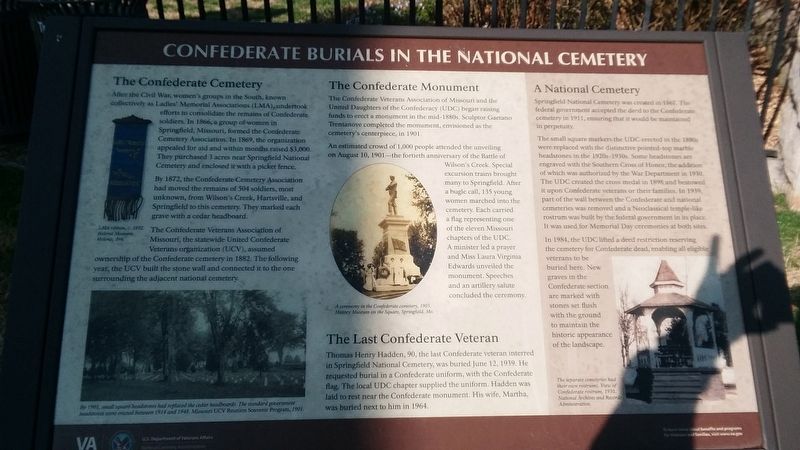 The Confederate Cemetery
After the Civil War, women's groups in the South, known collectively as Ladies' Memorial Associations (LMA), undertook efforts to consolidate the remains of Confederate soldiers. In 1866, a group of women in Springfield, Missouri, formed the Confederate Cemetery Association. In 1869, the organization appealed for aid and within months raised $3,000. They purchased 3 acres near Springfield National Cemetery and enclosed it with a picket fence.

By 1872, the Confederate Cemetery Association had moved the remains of 504 soldiers, most unknown, from Wilson's Creek, Hartsville, and Springfield to this cemetery. They marked each grave with a cedar headboard. 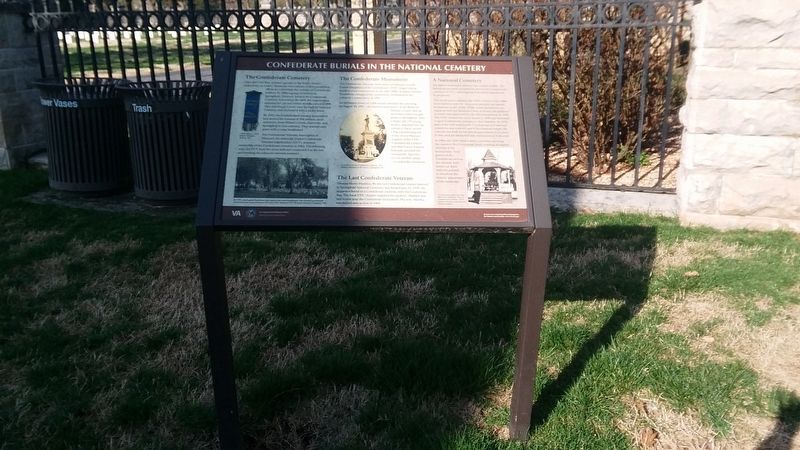 By TeamOHE, April 7, 2019
2. Confederate Burials In The National Cemetery Marker

Click or scan to see
this page online
raising funds to erect a monument in the mid-1880s. Sculptor Gaetano Trentanove completed the monument, envisioned as the cemetery's centerpiece, in 1901.

An estimated crowd of 1,000 people attended the unveiling on August 10, 1901-the fortieth anniversary of the Battle of Wilson's Creek. Special excursion trains brought many to Springfield. After a bugle call, 135 young women marched into the cemetery. Each carried a flag representing one of the eleven Missouri chapters of the UDC. A minister led a prayer and Miss Laura Virginia Edwards unveiled the monument. Speeches and an artillery salute concluded the ceremony.

(sidebar)
A National Cemetery
Springfield National Cemetery was created in 1867. The federal government accepted the deed to the Confederate cemetery in 1911, ensuring that it would be maintained in perpetuity. 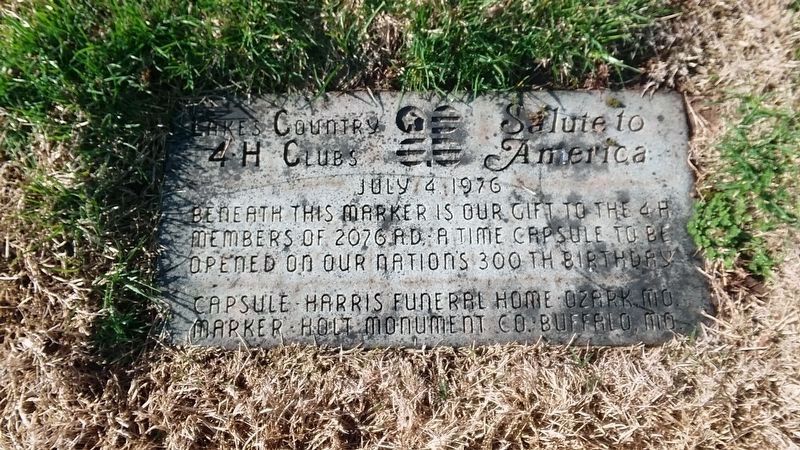 By TeamOHE, April 7, 2019
3. Lakes Country 4-H Clubs Time Capsule
Near the marker.
in the 1920s-1930s. Some headstones are engraved with the Southern Cross of Honor, the addition of which was authorized by the War Department in 1930. The UDC created the cross medal in 1898 and bestowed it upon Confederate veterans or their families. In 1939, part of the wall between the Confederate and national cemeteries was removed and a Neoclassical temple-like rostrum was built by the federal government in its place. It was used for Memorial Day ceremonies at both sites.

In 1984, the UDC lifted a deed restriction reserving the cemetery for Confederate dead, enabling all eligible veterans to be buried here. New graves in the Confederate section are marked with stones set flush with the ground to maintain the historic appearance of the landscape.

Location. 37° 10.367′ N, 93° 15.85′ W. Marker is in Springfield, Missouri, in Greene County. Marker can be reached from the intersection of East Seminole Street and South Waverly Avenue, on the right when traveling east. On the grounds of the Springfield National Cemetery. Touch for map. Marker 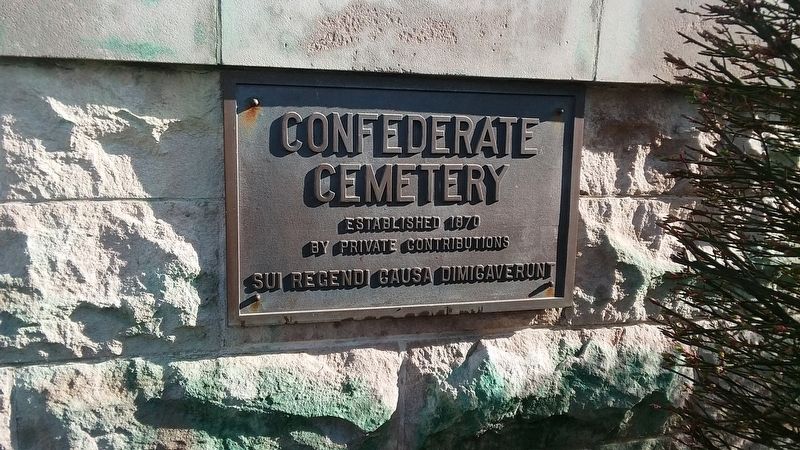 By TeamOHE, April 7, 2019
4. Confederate Cemetery Sign
Near the marker.
is at or near this postal address: 1702 E Seminole St, Springfield MO 65804, United States of America. Touch for directions.