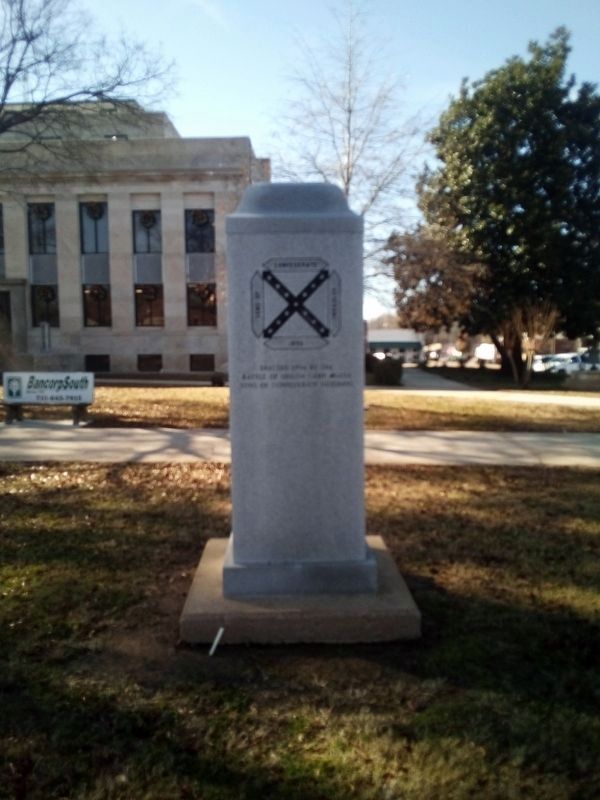 This monument erected in honor of the gallant Confederate soldiers of McNairy County who fought and died and suffered during the War Between the States 1861-1865.

Sacred is the memory of the men and women of McNairy County for the sacrifices whey made in defending their homeland.
Nor shall your glory be forgotten.

Erected by Sons of Confederate Veterans.

Topics. This memorial is listed in this topic list: 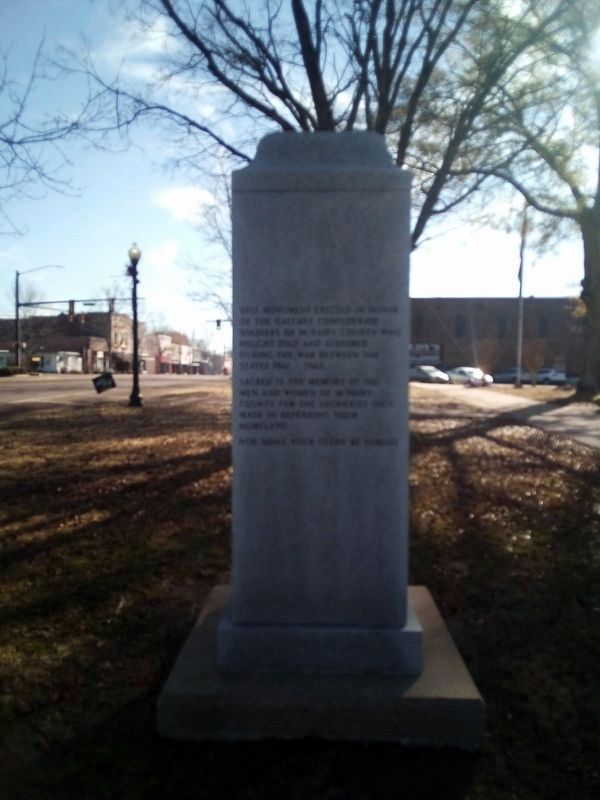 More about this memorial. The monument is on the north side of the courtyard. 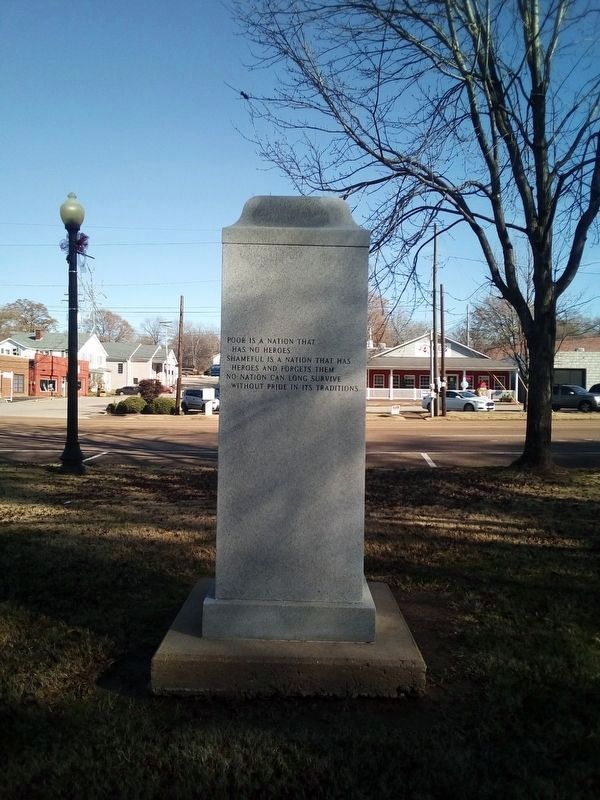 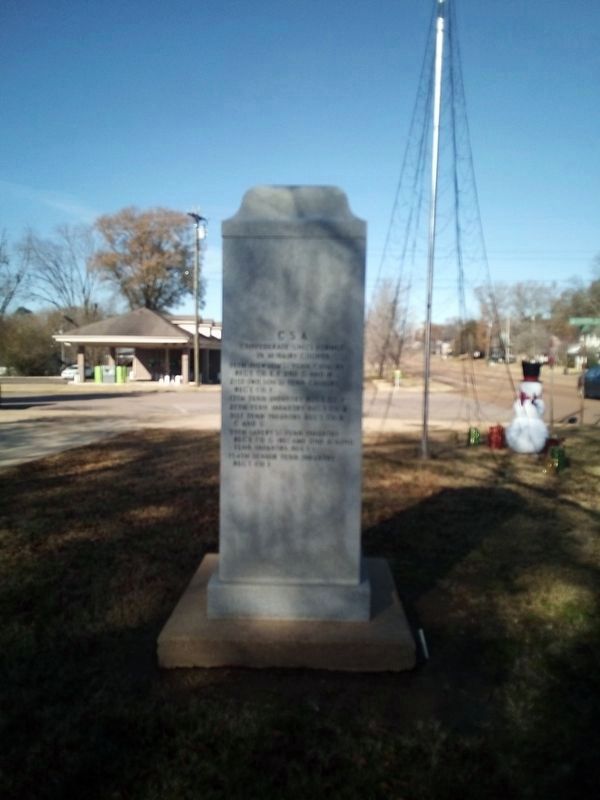