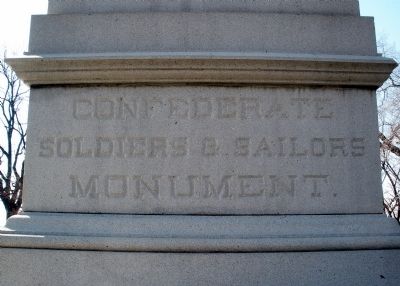 Location. Marker has been permanently removed. It was located near 37° 31.6′ N, 77° 25.067′ W. Marker was in Richmond, Virginia. Marker could be reached from the intersection of North 29th Street and Libby Terrace, in the median. This 100-foot monument is located in Libby Hill Park. Touch for map. Marker was in this post office area: Richmond VA 23298, United States of America. Touch for directions. 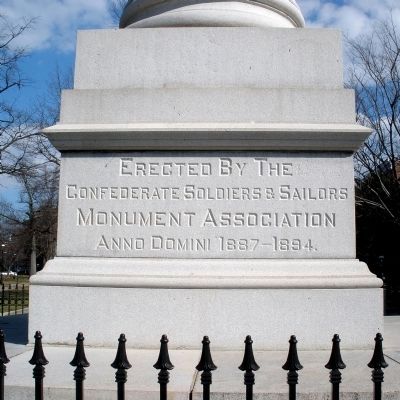 More about this monument. This memorial to Confederate enlisted men was designed by City Engineer Wilfred Cutshaw. He modeled it after Pompey's Pillar in Egypt. A 17-foot bronze soldier by Richmond artist William Ludwell Sheppard stands atop a 73-foot Corinthian column. The column is composed of 13 stone cylinders representing the 13 Confederate states.

Regarding Confederate Soldiers & Sailors Monument. The statue of this monument was removed by local authorities on July 8, 2020. 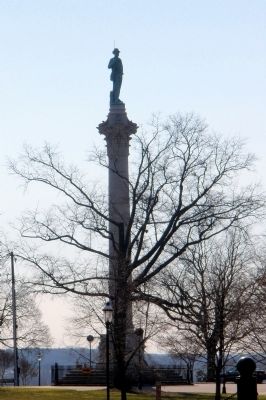 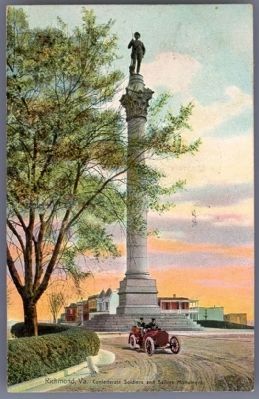