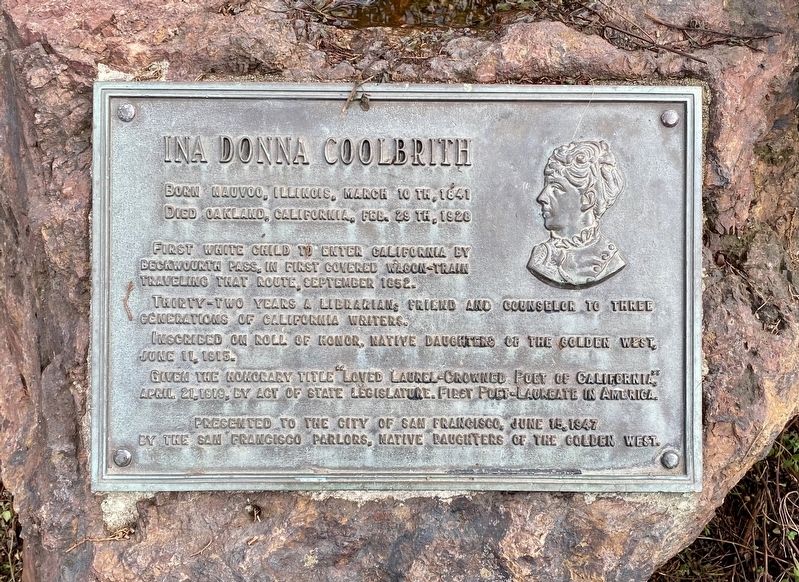 Thirty-two years a librarian, friend and counselor to three generations of California writers.

Inscribed on Roll of Honor, Native Daughters of the Golden West, June 11, 1915.

Given the honorary title "Loved Laurel-Crowned Poet of California", April 21, 1919 by act of State Legislature. First Poet Laureate in America. . . This historical marker was erected in 1947 by Native Daughters of the Golden West San Francisco Parlors. It is in San Francisco in San Francisco City and County California

Thirty-two years a librarian, friend and counselor to three generations of California writers.

Inscribed on Roll of Honor, Native Daughters of the Golden West, June 11, 1915.

Given the honorary title "Loved Laurel-Crowned Poet of California", April 21, 1919 by act of State Legislature. First Poet Laureate in America.

Topics and series. This historical marker is listed in these topic lists: Arts, Letters, Music • Settlements & Settlers • Women. In addition, it is included in the Native Sons/Daughters of the Golden West series list. 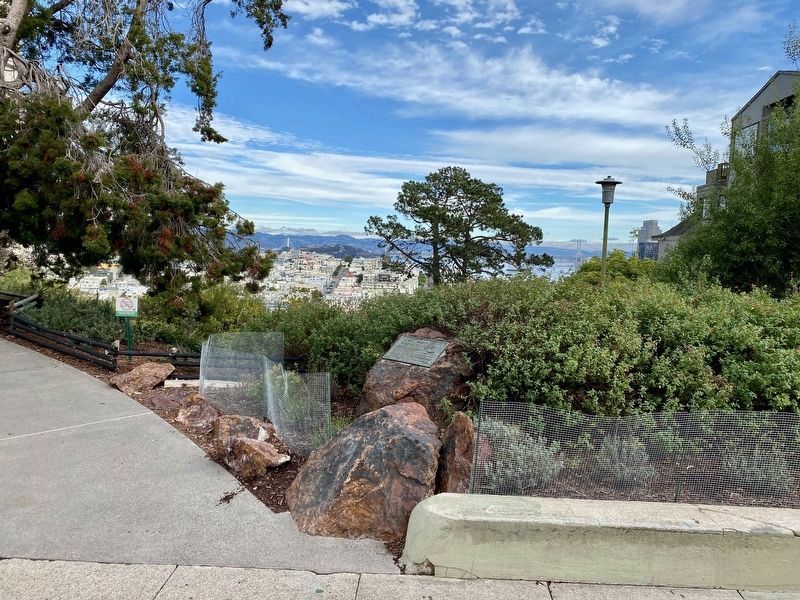 By Andrew Ruppenstein, December 12, 2020
2. Ina Donna Coolbrith Marker - wide view
The marker is visible here mounted to a medium-sized boulder at the entrance to Ina Coolbrith Park.
north of Broadway, on the right when traveling north. Touch for map. Marker is in this post office area: San Francisco CA 94133, United States of America. Touch for directions.

Also see . . .
1. Ina Coolbrith (Wikipedia). "Ina Donna Coolbrith (March 10, 1841 – February 29, 1928) was an American poet, writer, librarian, and a prominent figure in the San Francisco Bay Area literary community. Called the "Sweet Singer of California", she was the first California Poet Laureate and the first poet laureate of any American state." (Submitted on December 13, 2020.) 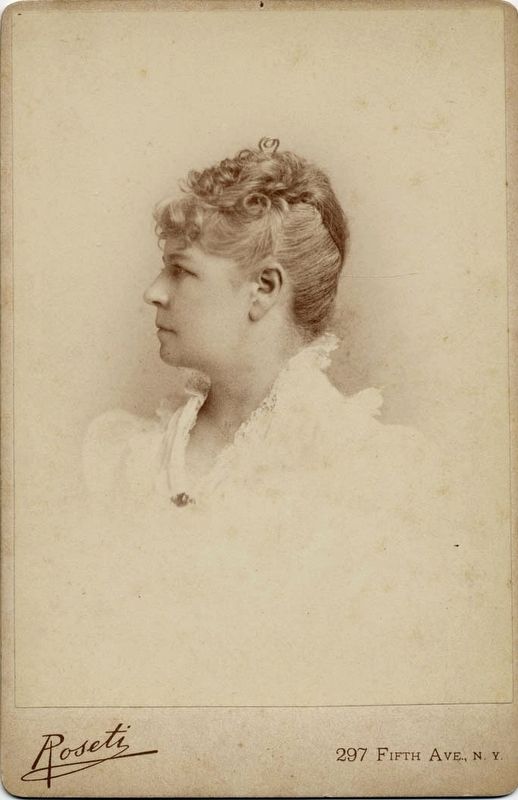 Photo by Roseti (courtesy of the California State Library), circa 1895
3. Ina Coolbrith
with Ina riding on Beckwourth’s horse. Her mother started using her maiden name to avoid association with Joseph Smith and Mormonism, and Ina followed suit, also shortening Josephine to just Ina.... Ina is probably best known as a poet, and as the first California Poet Laureate. But she was also the first librarian of the Oakland Free Library (the 2nd public library in California; Eureka’s was first), and befriended and mentored 10-year-old Jack London (he called her his “literary mother”), and also mentored a young Isadora Duncan. Alas, the affections of Isadora’s father for Ina may have led to the breakup of his marriage....Ina was also an honorary member of the Bohemian Club, had her portrait taken in later years by a young Ansel Adams, and was friends with Joaquin Miller (and helped him gain global fame). Her circle of poet and writer friends also included Bret Harte and Ambrose Bierce...." (Submitted on December 13, 2020.)
Credits. This page was last revised on December 13, 2020. It was originally submitted on December 13, 2020, by Andrew Ruppenstein of Sacramento, California. This page has been viewed 42 times since then and 13 times this year. Photos:   1, 2, 3. submitted on December 13, 2020, by Andrew Ruppenstein of Sacramento, California.
Share This Page.