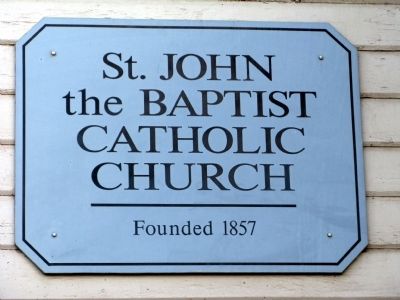 Location. 38° 40.356′ N, 121° 10.793′ W. Marker is in Folsom, California, in Sacramento County. Marker is at the intersection of Sibley Street and Natomas Street, on the right when traveling east on Sibley Street. Marker is mounted on the front of the church to the left of the entrance doors. Touch for map. Marker is in this post office area: Folsom CA 95630, United States of America. Touch for directions. 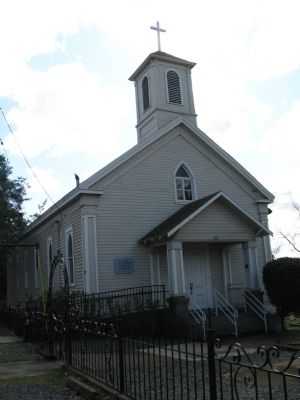 Click or scan to see
this page online
. In 1856, Fr. Quinn, pastor of St. Rose's in Sacramento, started a mission church in Folsom. This was thirty years before the Diocese of Sacramento came into being. The next year (1857), Joseph Alemany, archbishop of San Francisco, donated $115 to purchase land for a church in Folsom, just a few hundred yards from the American River. That same year, Fr. Quinn built the first house of worship in Folsom. The church was dedicated to St. John the Baptist and still stands on the grounds of the historic cemetery at the corner of Sibley and Natoma Streets. It is one of the oldest surviving building in Folsom and oldest church still in use in the diocese. It is now used for special occasions such as Masses on Memorial Day, Fourth of July, and weddings. (Submitted on February 18, 2009, by Syd Whittle of Mesa, Arizona.) 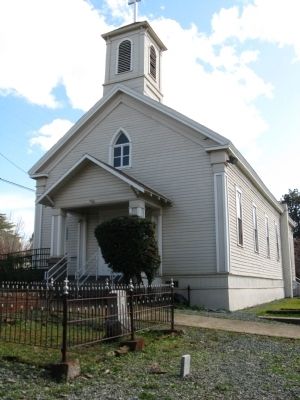 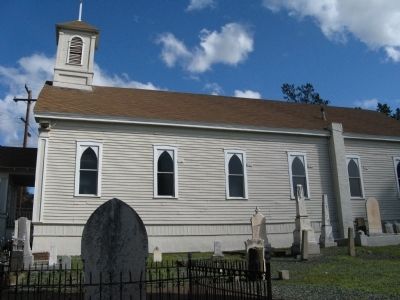 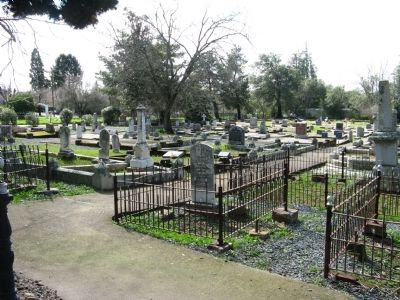 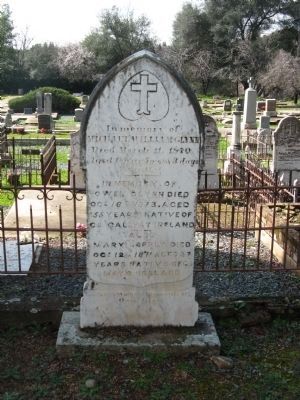