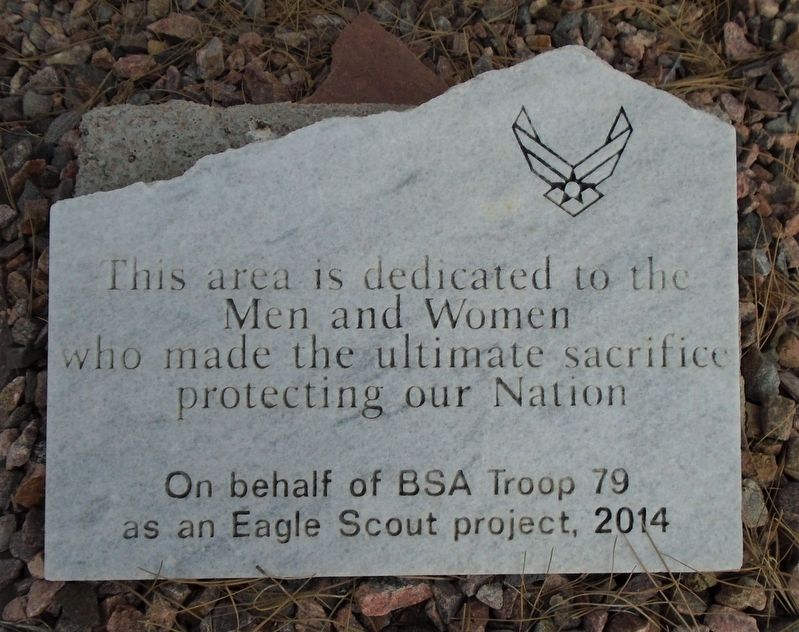 By William Fischer, Jr., October 10, 2020
1. War Memorial
Inscription.
War Memorial. .
This area is dedicated to the Men and Women who made the ultimate sacrifice protecting our Nation

On behalf of BSA Troop 79 as an Eagle Scout project, 2014. . This memorial was erected in 2014 by Boy Scout Troop 79. It is in United States Air Force Academy in El Paso County Colorado 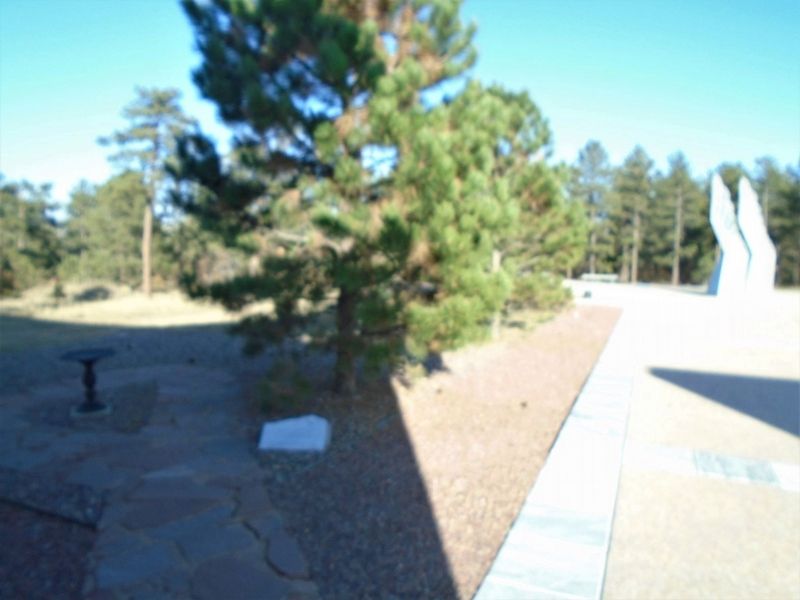 Editor’s want-list for this marker. A clear distance photo of the marker • Can you help?
Share This Page.