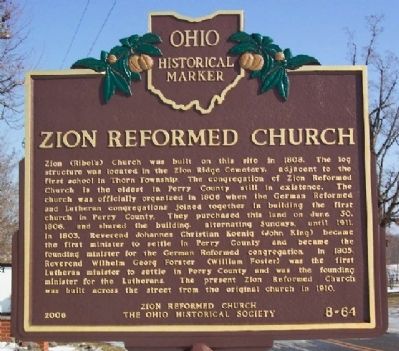 Zion (Ribel's) Church was built on this site in 1808. The log structure was located in the Zion Ridge Cemetery, adjacent to the first school in Thorn Township. The congregation of Zion Reformed Church is the oldest in Perry County still in existence. The church was officially organized in 1806 when the German Reformed and Lutheran congregations joined together in building the first church in Perry County. They purchased this land on June 30, 1806, and shared the building, alternating Sundays, until 1911. In 1803, Reverend Johannes Christian Koenig (John King) became the first minister to settle in Perry County and became the founding minister for the German Reformed congregation. In 1805, Reverend Wilhelm Georg Forster (William Foster) was the first Lutheran minister to settle in Perry County and was the founding minister for the Lutherans. The present Zion Reformed Church was built across the street from the original church in 1910. 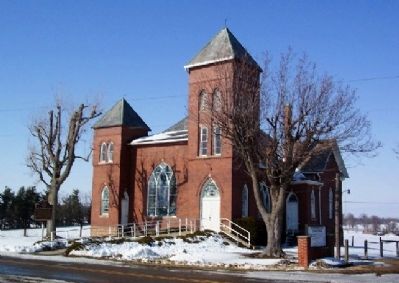 Click or scan to see
this page online
Cemeteries & Burial Sites • Churches & Religion. In addition, it is included in the Ohio Historical Society / The Ohio History Connection series list. A significant historical month for this entry is June 1933. 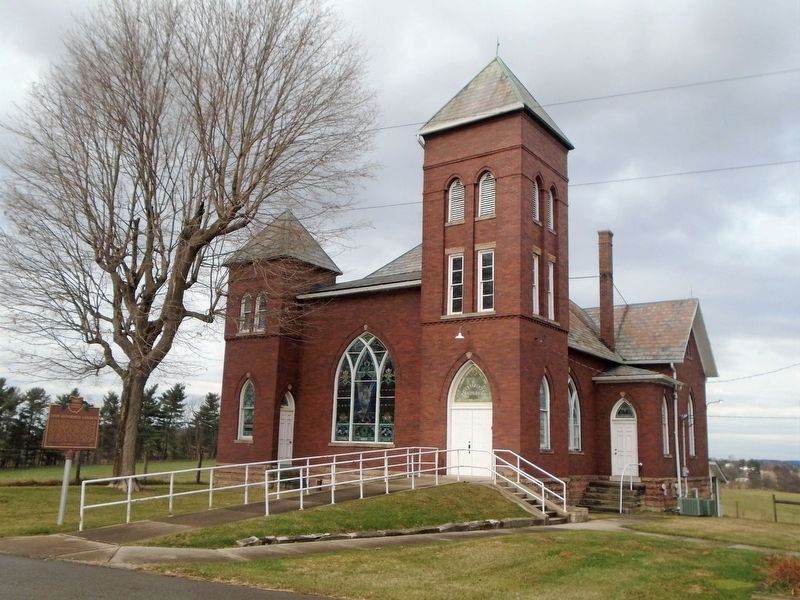