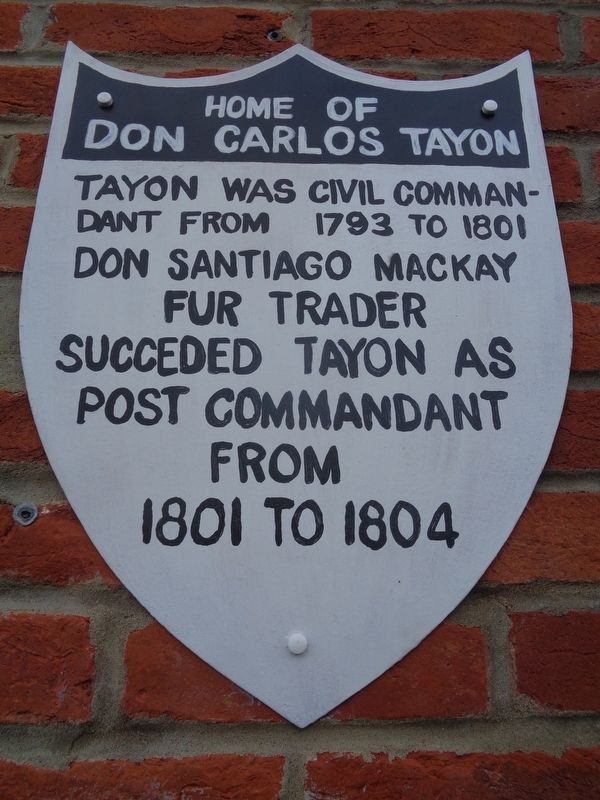 Regarding Home of Don Carlos Tayon. 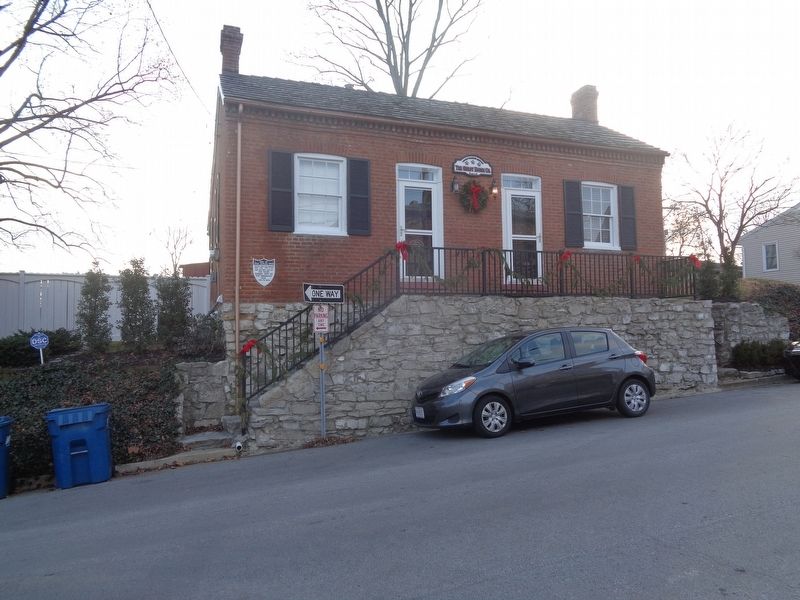 By Jason Voigt, December 16, 2020
2. Home of Don Carlos Tayon Marker
This home was built by Don Carlos Tayon in 1790. It is considered a beautiful example of old French architecture. It has beam ceilings and the inside walls of this brick home are exposed brick walls. The windows have small glass panes. The ground floor was the dance hall, where lavish Cotillions were given. The stable near the house is still standing but the passageway from the stable to the dance hall has gone with the years. Don Carlos Tayon was the second Commandant of the district of St. Charles. In The Journal of Julius Rodman, Edgar Allan Poe describes "Les Petites Cotes" and this home of Don Carlos Tayon as he found it in 1791.
Credits. This page was last revised on December 17, 2020. It was originally submitted on December 16, 2020, by Jason Voigt of Glen Carbon, Illinois. This page has been viewed 49 times since then and 9 times this year. Photos:   1, 2. submitted on December 16, 2020, by Jason Voigt of Glen Carbon, Illinois.
Share This Page.