By James Hulse, December 11, 2020
1. Here William Alexander A. Wallace Marker
Inscription.
Here William Alexander A. Wallace. . . . Known as Big Foot Wallace . . Defender of Texas and Texans . . As Soldier Ranger and Mail Rider, . He Protected the Advancing Frontier . . Died January 7, 1899 . Erected by the State of Texas 1936 . This historical marker was erected in 1936 by State of Texas. It is in Bigfoot in Frio County Texas

Known as Big Foot Wallace •
Defender of Texas and Texans •
As Soldier Ranger and Mail Rider,
He Protected the Advancing Frontier •
Died January 7, 1899
Erected by the State of Texas 1936

Location. 29° 2.847′ N, 98° 52.003′ W. Marker is in Bigfoot, Texas, in Frio County. Marker is at the intersection of Farm to Market Road 472 and Farm to Market Road 462, on the right when traveling south on Highway 472. The marker is located in front of the Bigfoot Community Center and across the highway from the Bigfoot Wallace Museum. Touch for map. Marker is in this post office area: Bigfoot TX 78005, United States of America. Touch for directions.

Other nearby markers. At least 8 other markers are within 8 miles of this marker, measured as the crow flies. William Carvin Winters (approx. 1.9 miles away); Moore Family Cemetery

Regarding Here William Alexander A. Wallace. In 1836, when he learned that a brother and a cousin had been shot down in the Goliad Massacre, he set out for Texas to "take pay out of the Mexicans." A good many years later he told John C. Duval that he believed the account had been squared. Source: The Handbook of Texas

Also see . . .
1. William Alexander Anderson Wallace [Bigfoot] (1817–1899). He drove a mail hack from San Antonio to El Paso and on one occasion, after losing his mules to Indians, walked to El Paso and ate twenty-seven eggs at the first Mexican house he came to-before going on to town for a full meal. Source: The Handbook of Texas (Submitted on December 17, 2020, by James Hulse of Medina, Texas.)

2. Bigfoot, Texas. They named the community, Bigfoot, for William A. A. (Bigfoot) Wallace, a resident

By James Hulse, December 11, 2020
3. The view from across the street at the Bigfoot Wallace Museum
of the community.  Source: The Handbook of Texas (Submitted on December 17, 2020, by James Hulse of Medina, Texas.) 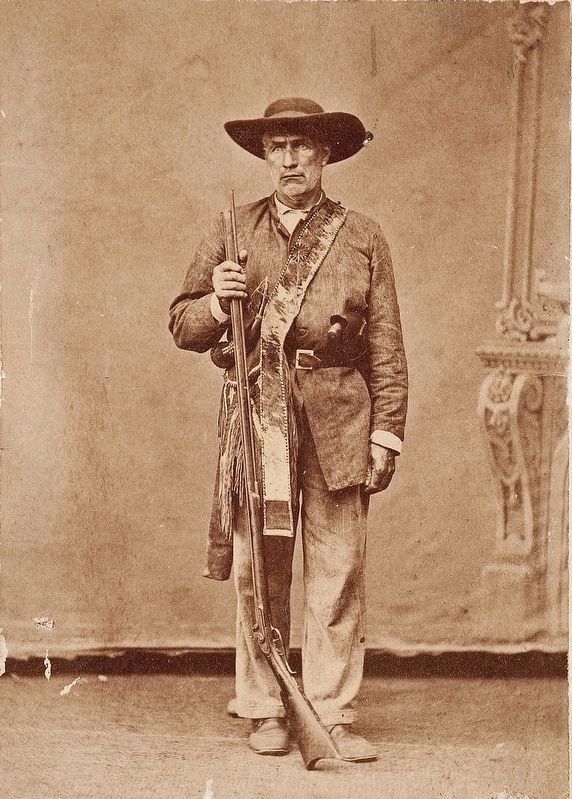