Spanish Governor of the Californias, 1775–82 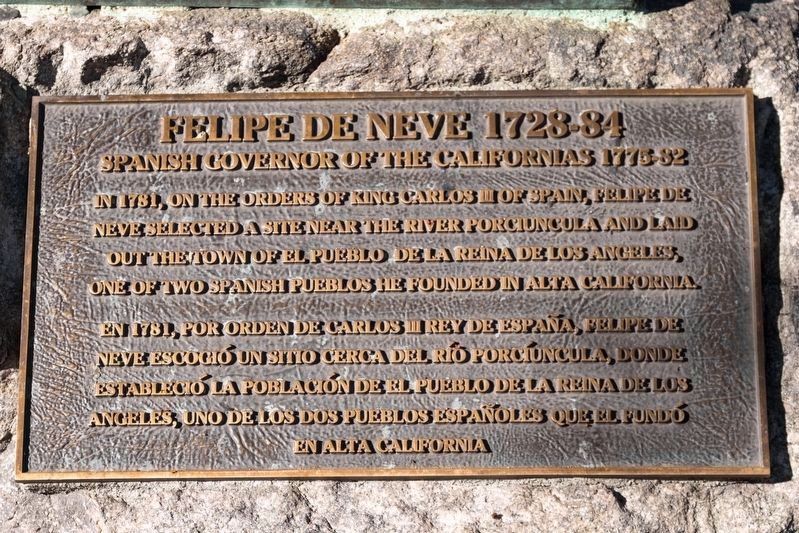 By J. J. Prats, December 4, 2018
1. Felipe de Neve Marker
Inscription.
In 1781, on the orders of King Carlos III of Spain, Felipe de Neve selected a site near the River Porciuncula and laid out the town of El Pueblo de la Reina de Los Angeles, one of two Spanish pueblos he founded in Alta California. . . . This historical marker was erected in 1932 by California Parlor No. 247, Native Daughters of the Golden West. It is in Los Angeles in Los Angeles County California