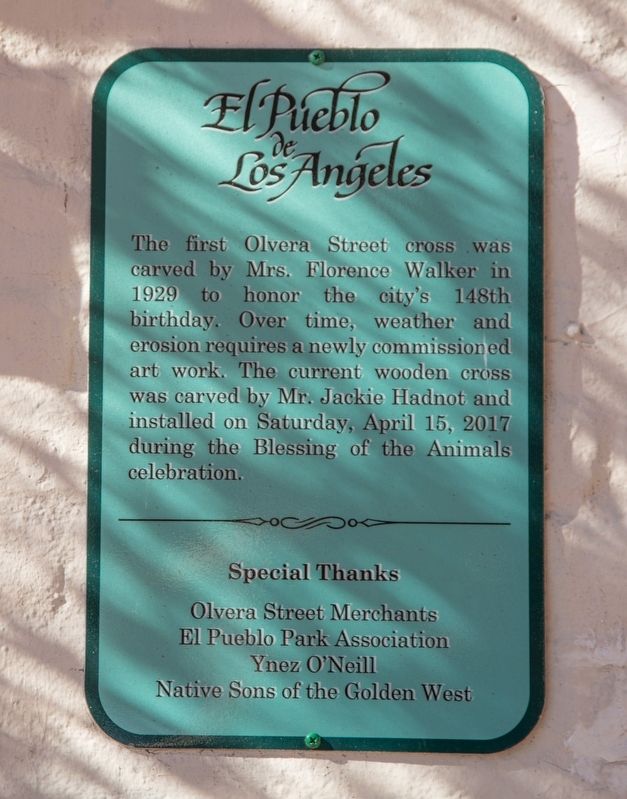 The first Olvera Street cross was carved by Mrs. Florence Walker in 1929 to honor the city’s 148th birthday. Over time, weather and erosion requires a newly commissioned art work. The current wooden cross was carved by Mr. Jackie Hadnot and installed on Saturday, April 15, 2017 during the Blessing of the Animals celebration.

Topics. This historical marker is listed in this topic list: Hispanic Americans. A significant historical date for this entry is April 15, 2017. 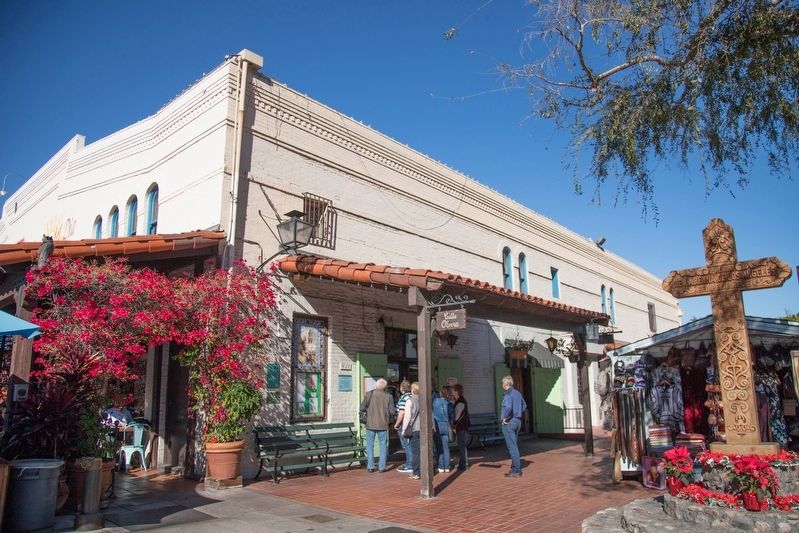 Photographed By J. J. Prats, December 4, 2018
2. Olvera Street Cross and Marker
This marker is to the left of the window, above the bench. 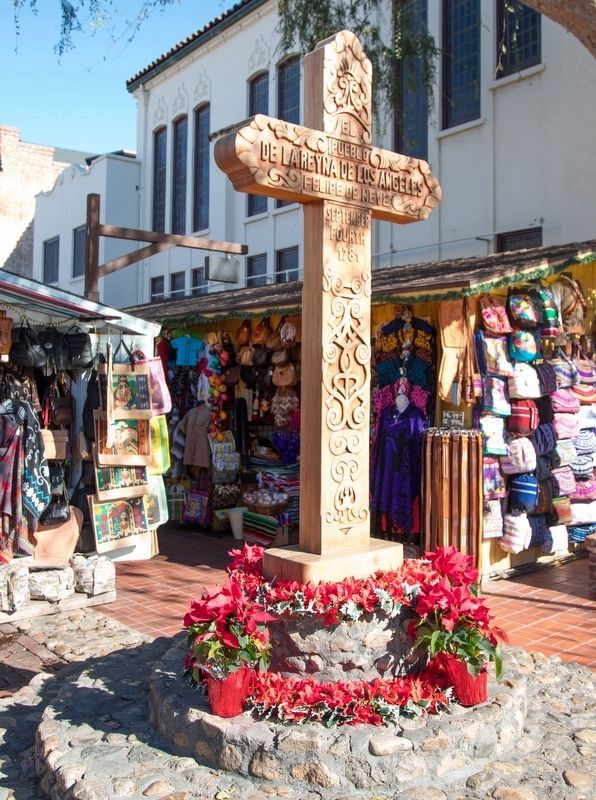 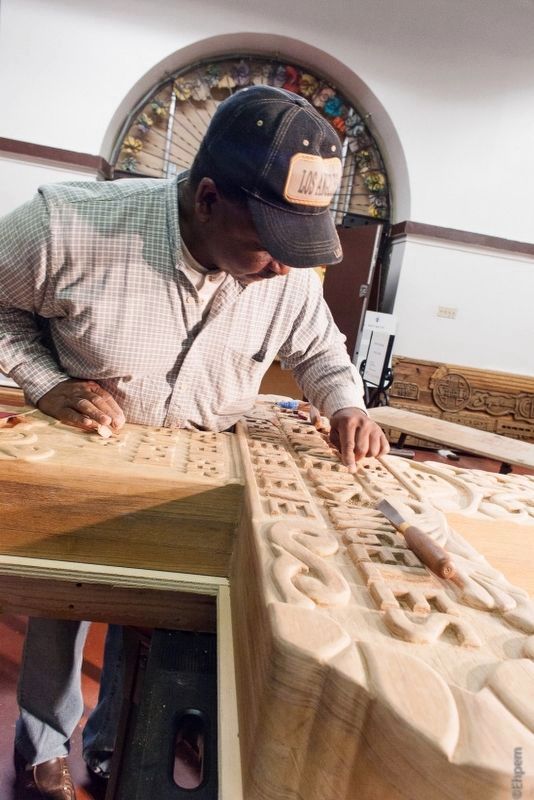