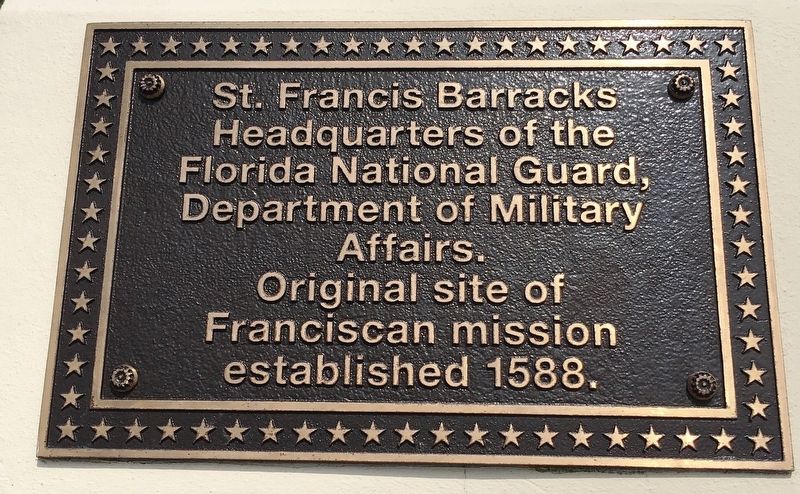 Topics. This historical marker is listed in these topic lists: Colonial Era • Military.

Location. 29° 53.241′ N, 81° 18.569′ W. Marker is in St. Augustine, Florida, in St. Johns County. Marker is at the intersection of Marine Street and St. Francis Street, on the left when traveling west on Marine Street. The marker is located on the Florida National Guard Headquarters parade ground. Touch for map. Marker is at or near this postal address: 82 Marine Street, Saint Augustine FL 32084, United States of America. Touch for directions. 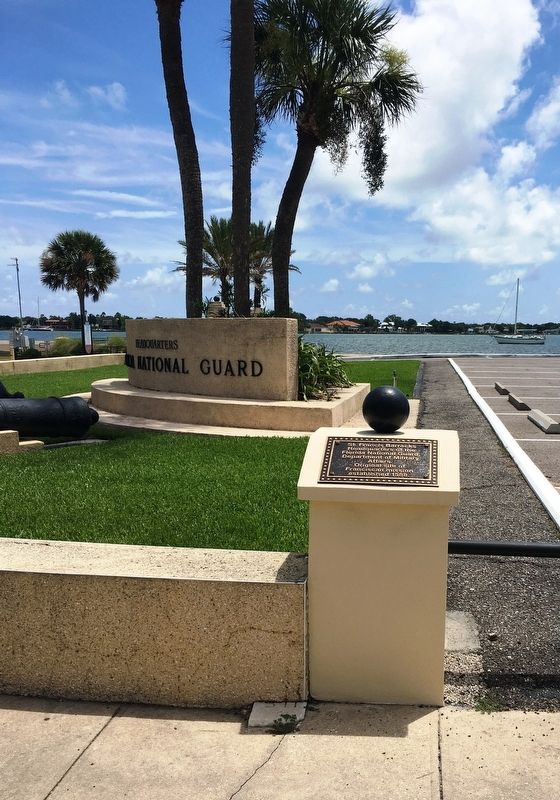 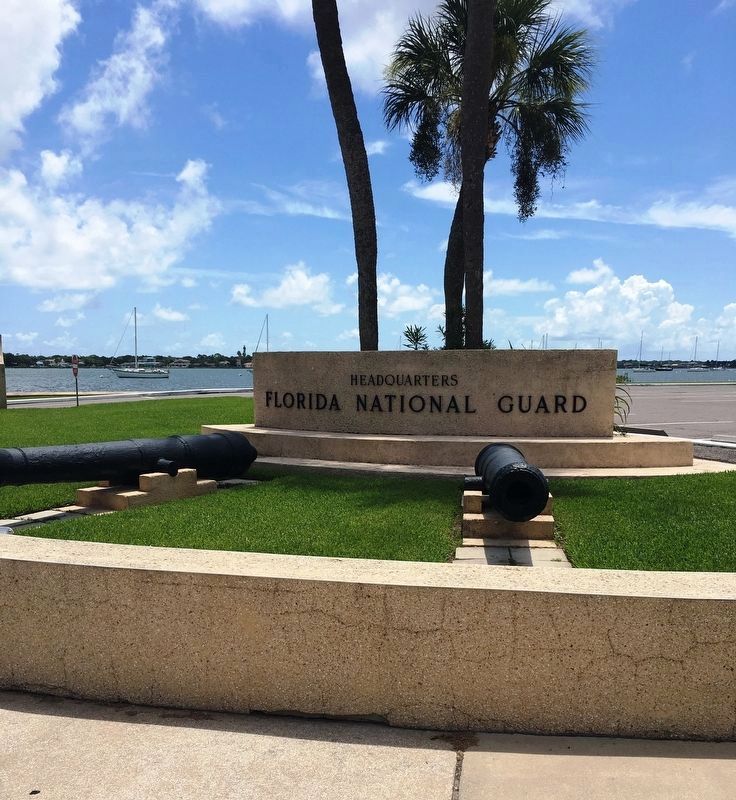 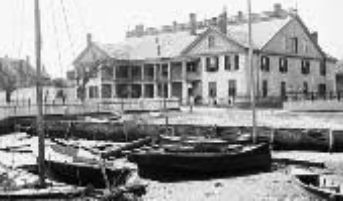