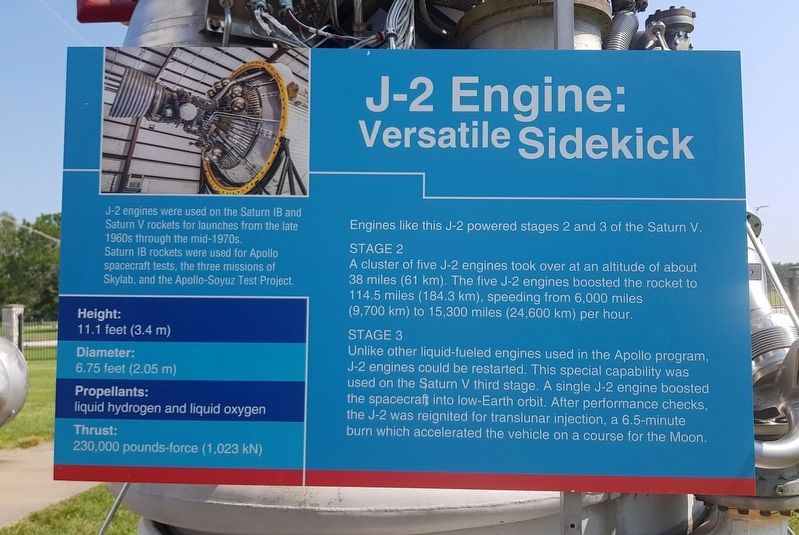 J-2 Engine: Versatile Sidekick
Engines like this J-2 powered stages 2 and 3 of the Saturn V.

STAGE 3
Unlike other liquid-fueled engines used in the Apollo program, J-2 engines could be restarted. This special capability was used on the Saturn V third stage. A single J-2 engine boosted the spacecraft into low-Earth orbit. After performance checks, the J-2 was reignited for translunar injection, a 6.5-minute burn which accelerated the vehicle on a course for the Moon.

J-2 engines were used on the Saturn IB and Saturn V rockets for launches from the late 1960s through the mid-1970s. Saturn IB rockets were used for Apollo spacecraft tests, the three missions of Skylab, and the Apollo-Soyuz Test Project. 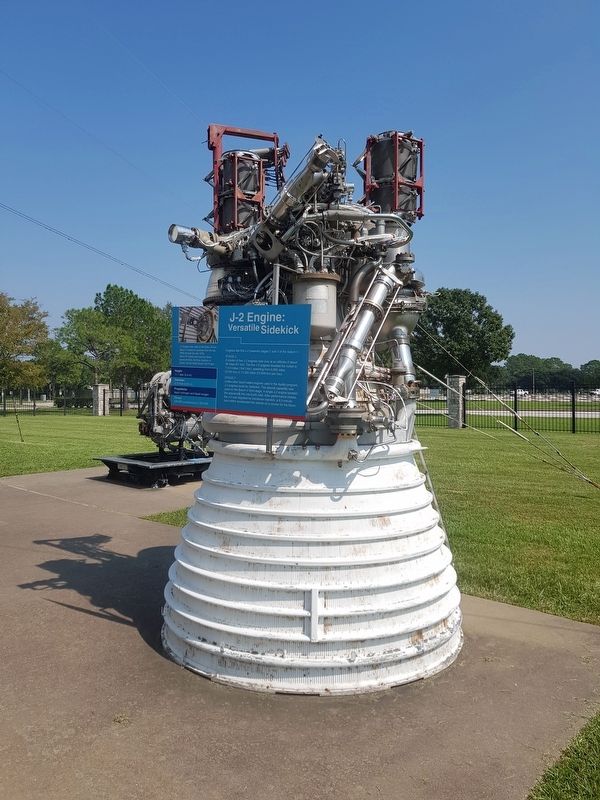 Location. 29° 33.268′ N, 95° 5.622′ W. Marker is in Houston, Texas, in Harris County. Marker can be reached from Second Street south of Avenue D, on the left when traveling south. The marker is just outside the Saturn V display at Johnson Space Center. Touch for map. Marker is in this post office area: Houston TX 77058, United States of America. Touch for directions.

More about this marker. This marker is in Rocket Park on the grounds of the Johnson Space Center. Rocket Park and thus this marker are not readily open to the public. Access is by way of Space Center Houston (entertainment center) which is pricey. There's a fee to get in, and another fee to take a tram ride through the Space Center where the Rocket Park is a stop. 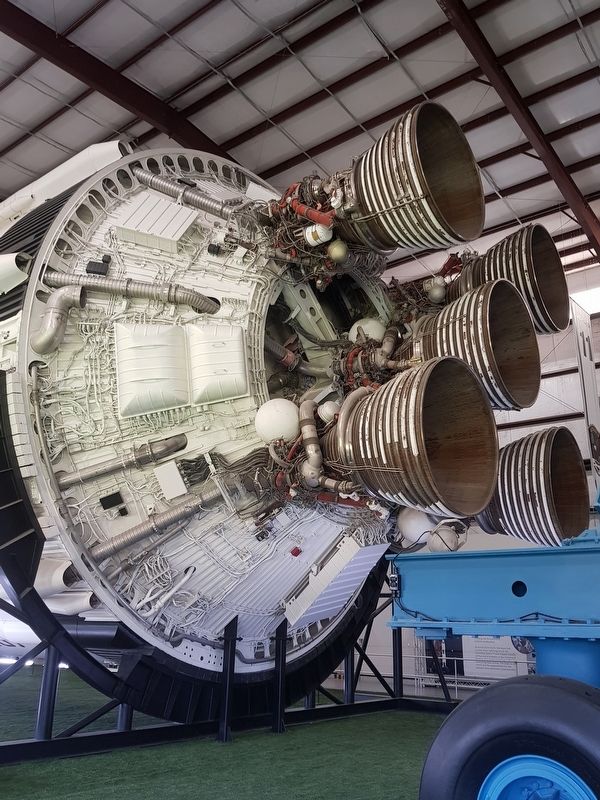