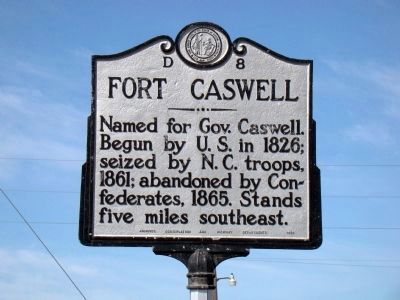 Topics and series. This historical marker is listed in these topic lists: Forts and Castles • War, US Civil. In addition, it is included in the North Carolina Division of Archives and History series list. A significant historical year for this entry is 1826. 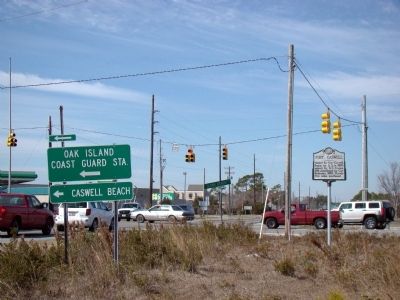 Related marker. Click here for another marker that is related to this marker. This other Fort Caswell marker is closer to the fort, and has photos of the fort itself.

Additional commentary.
1. Marker is missing
This marker was was reportedly knocked over sometime after Hurricane Florence, in September 2018, and recently has gone missing. The N.C. Department of Transportation reported they moved it out of the way to conduct recovery work, while another source reported seeing it pulled down with chains by contractors.
— Submitted June 22, 2019, by Mark Hilton of Montgomery, 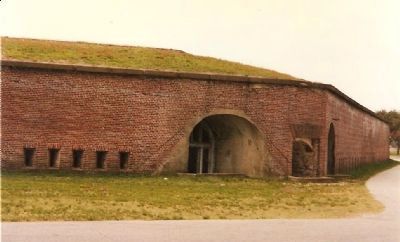