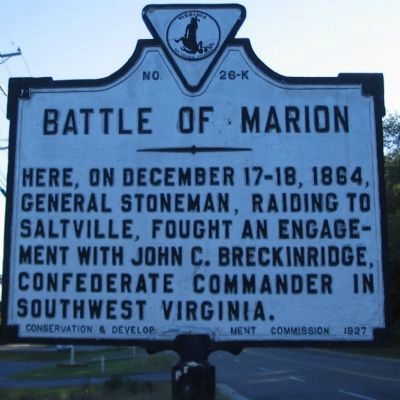 By Craig Swain, September 5, 2010
1. Battle of Marion Marker
Inscription.
Battle of Marion. . Here, on December 17-18, 1864, General Stoneman, raiding to Saltville, fought an engagement with John C. Breckinridge, Confederate commander in southwest Virginia. . This historical marker was erected in 1927 by Conservation & Development Commission. It is in Marion in Smyth County Virginia 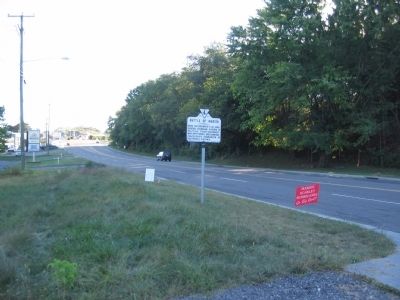 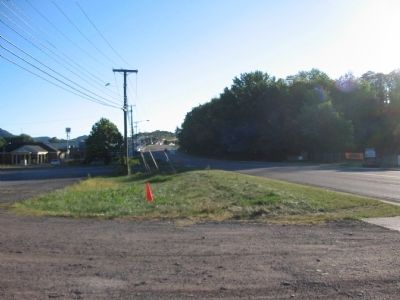 By Craig Swain, September 5, 2010
3. Confederate Withdrawal
Much of the fighting in the battle occurred close to the Interstate-81 by-pass. Short on ammunition, on the night of December 18, 1864, Breckinridge fell back to Mount Airy, Virginia, initially following the course presently used by Main Street and US Highway 11.
Credits. This page was last revised on December 29, 2020. It was originally submitted on September 22, 2010, by Bradley Owen of Morgantown, West Virginia. This page has been viewed 1,115 times since then and 9 times this year. Last updated on December 25, 2020, by Bradley Owen of Morgantown, West Virginia. Photos:   1, 2, 3. submitted on September 22, 2010, by Craig Swain of Leesburg, Virginia. • J. Makali Bruton was the editor who published this page.
Share This Page.