American Prisoners of the War of 1812 who died in Bermuda

United States Daughters of the War of 1812 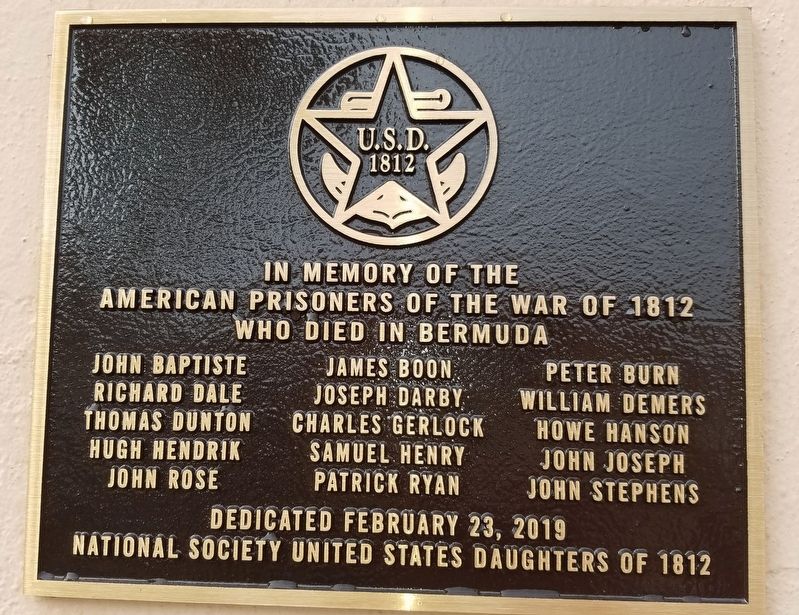 Topics and series. This memorial is listed in these topic lists: Cemeteries & Burial Sites • Fraternal or Sororal Organizations • War of 1812. In addition, it is included in the United States Daughters of 1812, National Society series list.

More about this marker. The marker is near the marker for Midshipman Richard Southerland Dale, whose grave is nearby at St. Peter's Church graveyard.