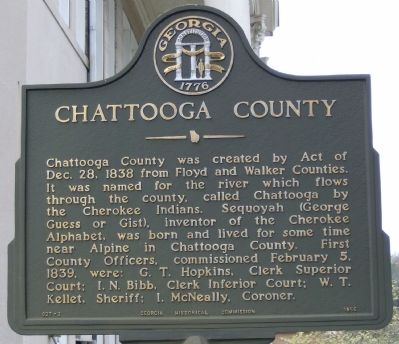 Chattooga County was created by Act of Dec. 28, 1838 from Floyd and Walker Counties. It was named for the river which flows through the county, called Chattooga by the Cherokee Indians. Sequoyah (George Guess or Gist), inventor of the Cherokee Alphabet, was born and lived for some time near Alpine in Chattooga County. First County Officers, commissioned February 5, 1839, were: G.T. Hopkins, Clerk Superior Court; I.N. Bibb, Clerk Inferior Court; W.T. Kellet, Sheriff; I. McNeally, Coroner.

Topics and series. This historical marker is listed in these topic lists: Native Americans • Political Subdivisions • Settlements & Settlers. In addition, it is included in the Georgia Historical Society series list. A significant historical date for this entry is February 5, 1812. 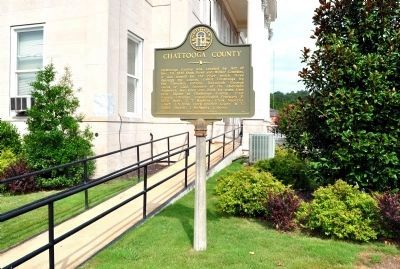 Click or scan to see
this page online
on N Commerce Street. Touch for map. Marker is at or near this postal address: 10017 Commerce Street, Summerville GA 30747, United States of America. Touch for directions. 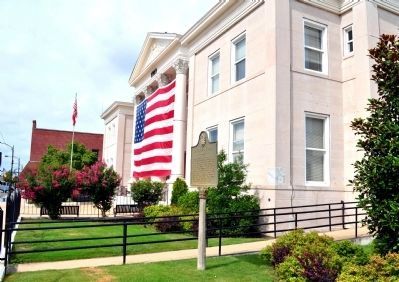 Photographed By David Seibert, July 15, 2012
3. Chattooga County Marker
In front of the Courthouse 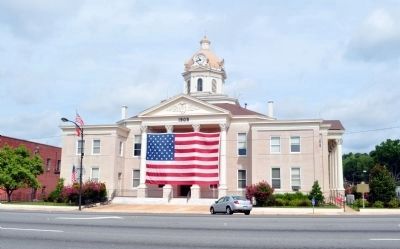 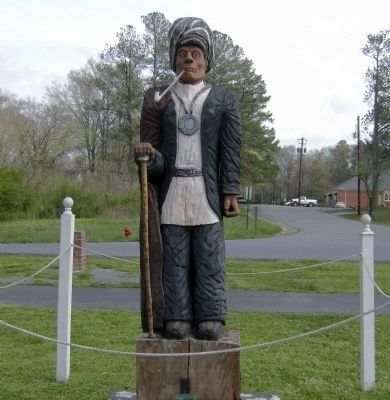 Photographed By David Tibbs, April 5, 2008
5. Sequoyah Carving
This carving of Sequoyah is located in a nearby city park. It was carved and donated to the City of Summerville by local artist Jim Marbutt in 2007 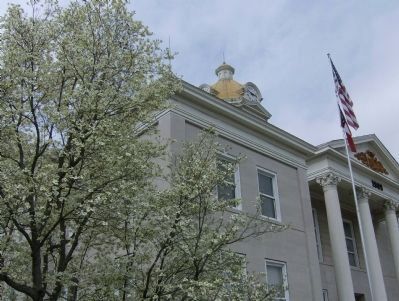