Topics. This historical marker is listed in these topic lists: War, Mexican-American • War, US Civil • Wars, US Indian.

Location. 29° 25.192′ N, 98° 27.806′ W. Marker is in San Antonio, Texas, in Bexar County. Marker can be reached from East Commerce Street west of North New Braunfels Avenue, on the right when traveling west. The marker is located in the Confederate Cemetery. Touch for map. Marker is in this post office area: San Antonio TX 78203, United States of America. Touch for directions.

Also see . . .  Hamilton Prioleau Bee (1822–1897). He served as secretary for the commission that established the boundary between the Republic of Texas and the United States, and in 1843 Texas president Sam Houston dispatched Bee, with Joseph C. Eldridge and Thomas S. Torrey to convene a peace council with the Comanches.  Source: The Handbook of Texas (Submitted on December 31, 2020, by James Hulse of Medina, Texas.) 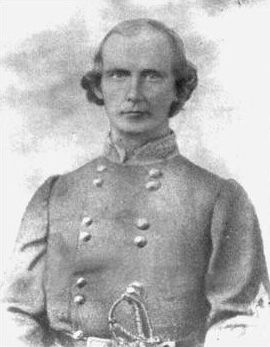