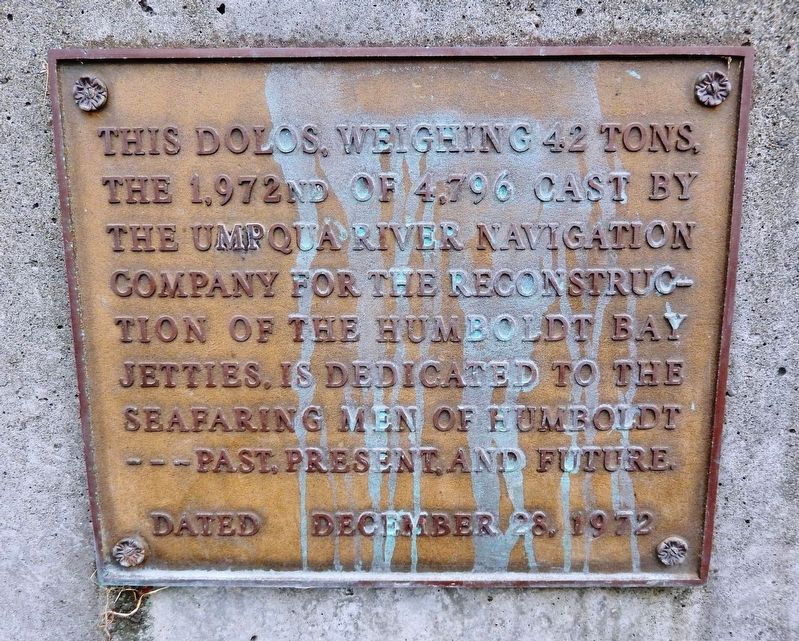 This dolos, weighing 42 tons, the 1,972nd of 4,796 cast by the Umpqua River Navigation Company for the reconstruction of the Humboldt Bay Jetties, is dedicated to the seafaring men of Humboldt — past, present, and future.

Location. 40° 47.31′ N, 124° 10.825′ W. Marker is in Eureka, California, in Humboldt County. Marker is on Broadway Street (Redwood Highway) (U.S. 101) south of West Hawthorne Street, on the right when traveling south. Marker and subject dolos are located near the sidewalk on the north side of the Harbor Lanes parking lot. Touch for map. Marker is at or near this postal address: 2136 Broadway Street, Eureka CA 95501, United States of America. Touch for directions. 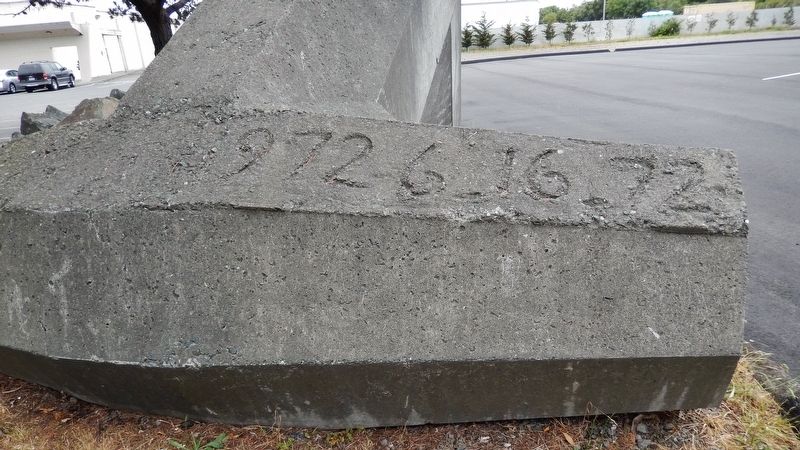 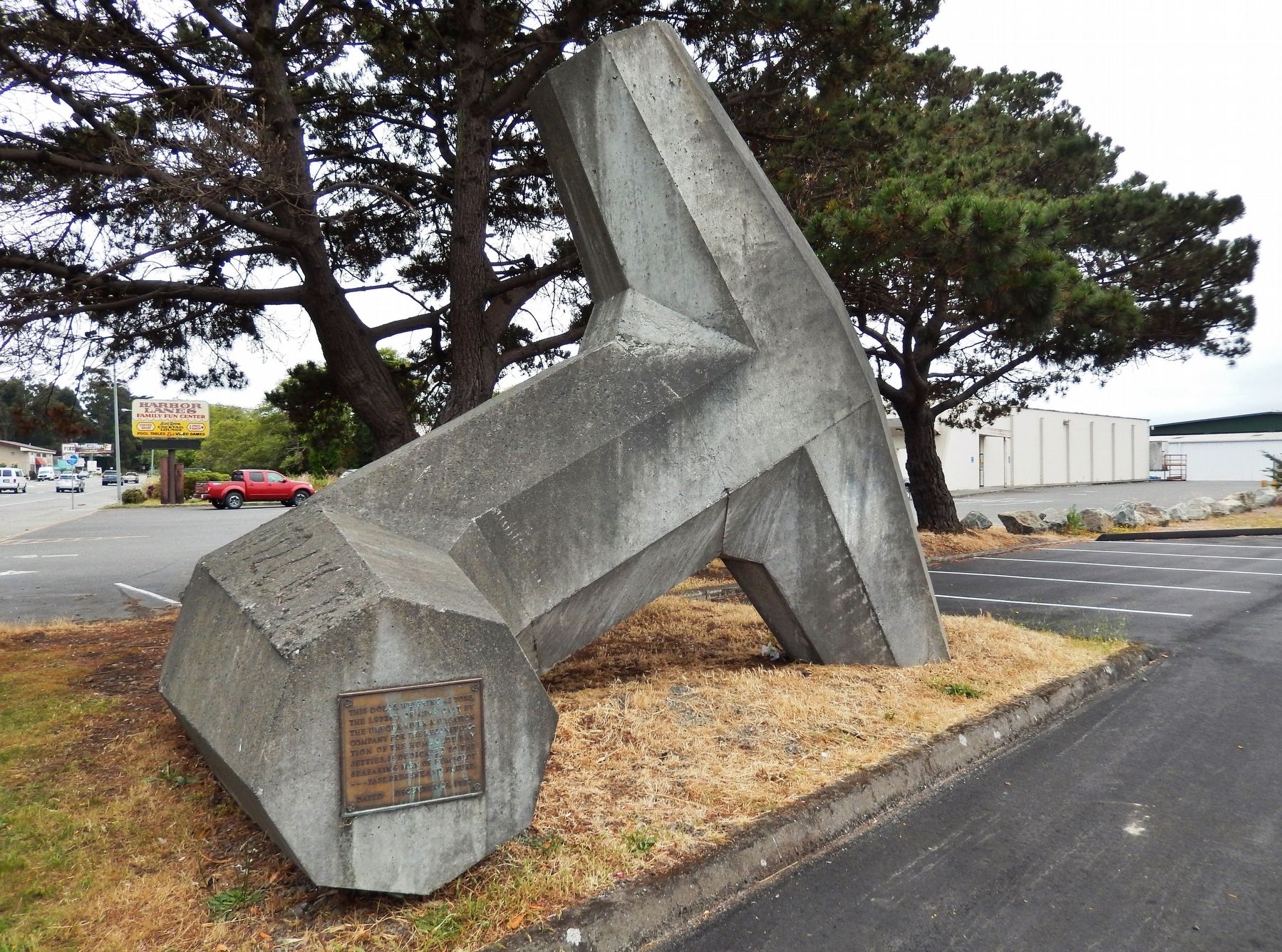