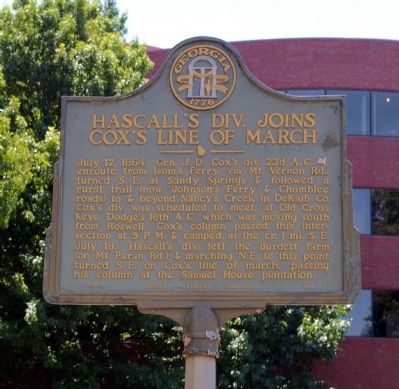 Location. 33° 54.471′ N, 84° 21.376′ W. Marker is in Sandy Springs, Georgia, in Fulton County. Marker is on Johnson Ferry Road NE 0.1 miles west of Hollis Cobb Circle , on the right when traveling west. Marker is located in front of a medical office building. Touch for map. Marker is in this post office area: Atlanta GA 30328, United States of America. Touch for directions.