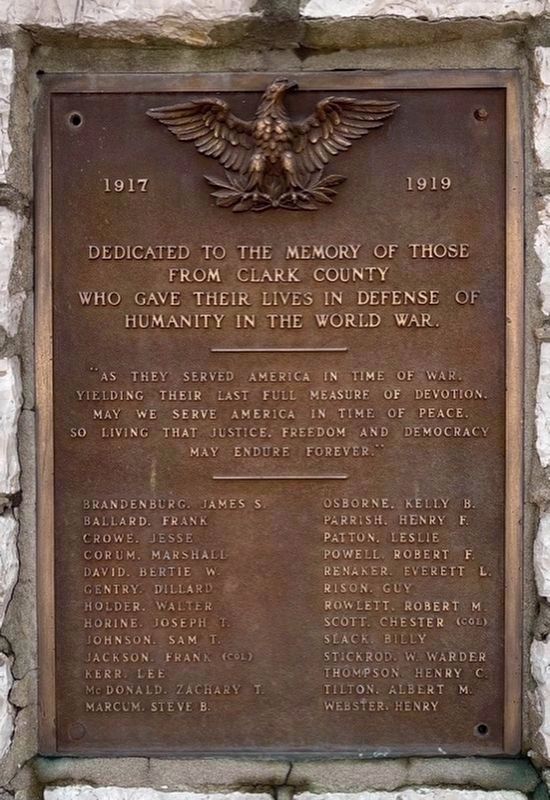 Dedicated to the memory of those from Clark County who gave their lives in defense of humanity in the World War. 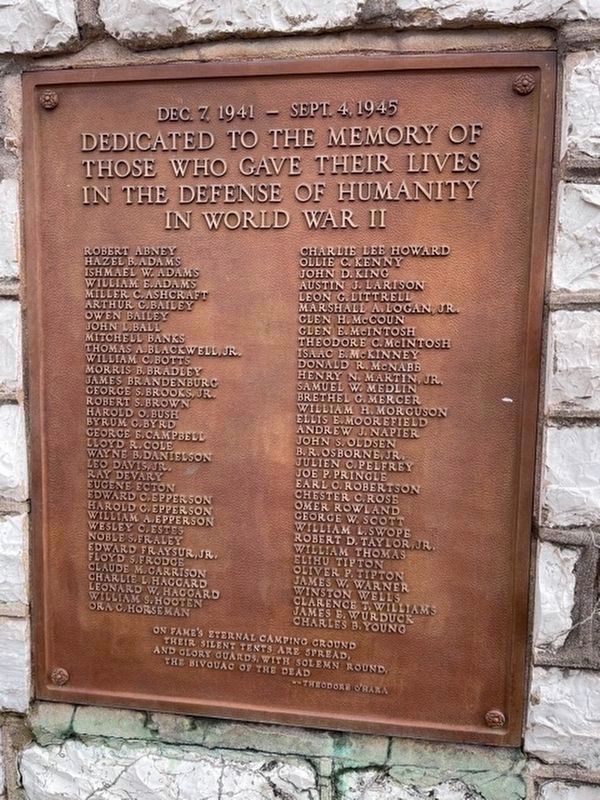 Click or scan to see
this page online
of Cleveland Avenue and Wall Street on Cleveland Avenue. This memorial is on the lawn of the Clark County Courthouse. Touch for map. Marker is at or near this postal address: 98 2nd St, Winchester KY 40391, United States of America. Touch for directions. 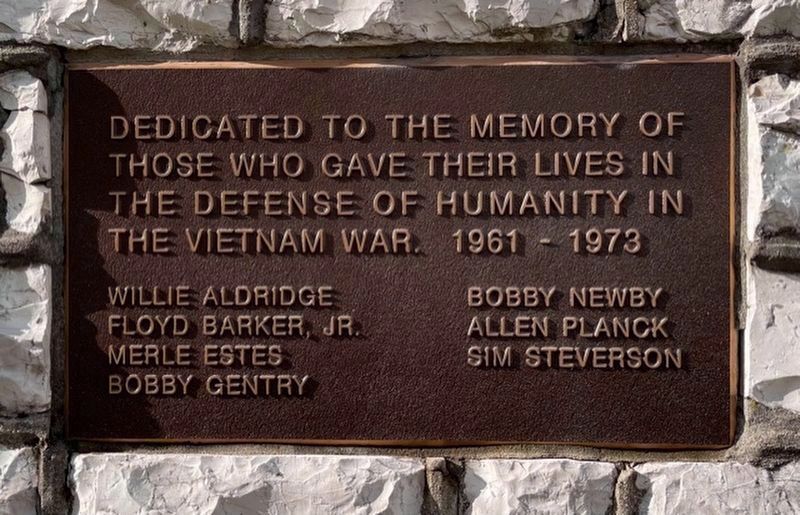 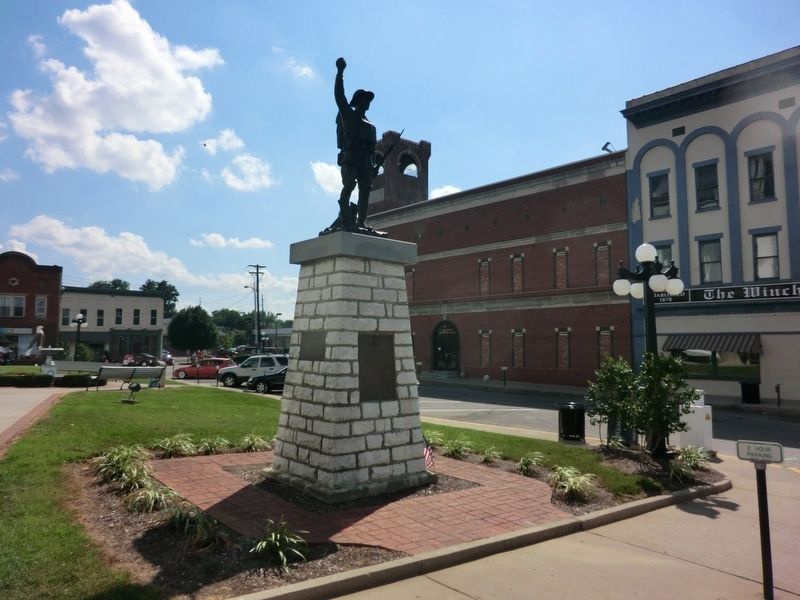 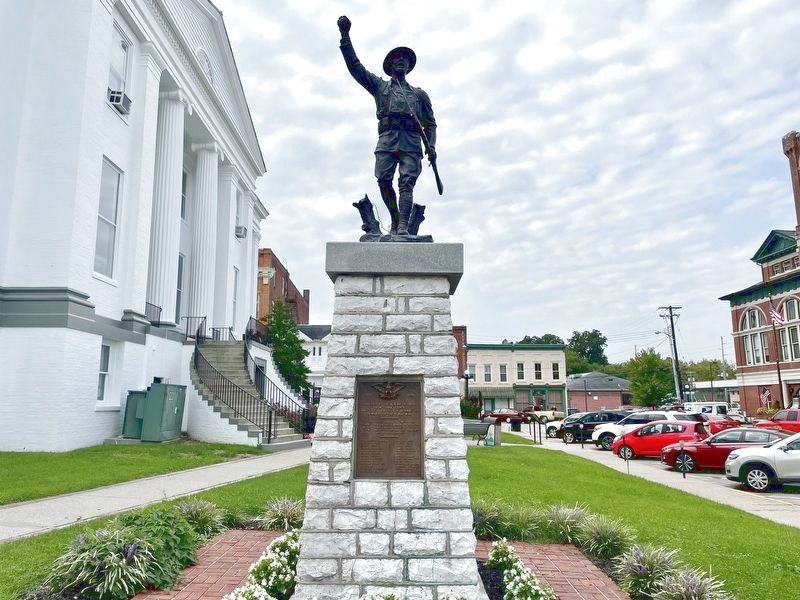