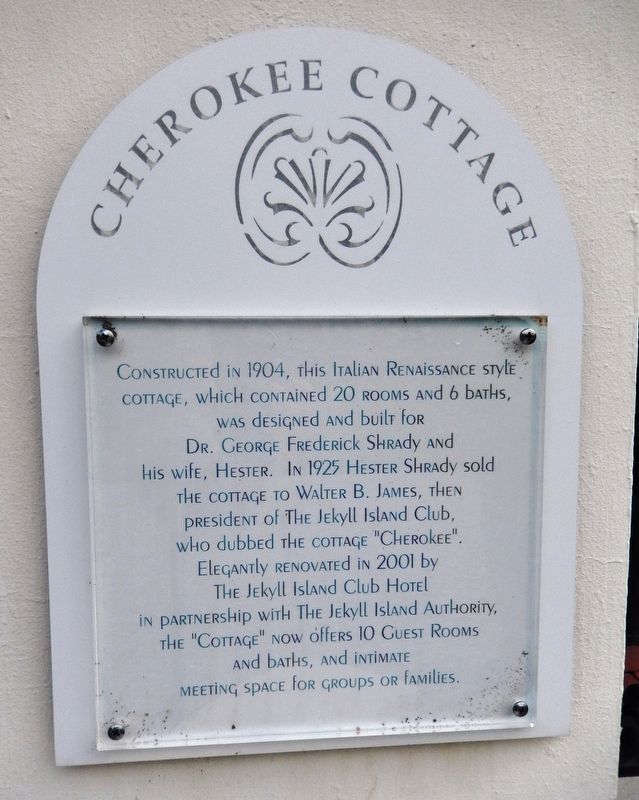 By Cosmos Mariner, March 14, 2017
1. Cherokee Cottage Marker
Inscription.
Cherokee Cottage. . Constructed in 1904, this Italian Renaissance style cottage, which contained 20 rooms and 6 baths, was designed and built for Dr. George Frederick Shrady and his wife, Hester. In 1925 Hester Shrady sold the cottage to Walter B. James, then president of The Jekyll Island Club, who dubbed the cottage “Cherokee.” Elegantly renovated in2001 by The Jekyll Island Club Hotel in partnership with The Jekyll Island Authority, the “Cottage” now offers 10 guest rooms and baths, and intimate meeting space for groups or families. . This historical marker is in Jekyll Island in Glynn County Georgia 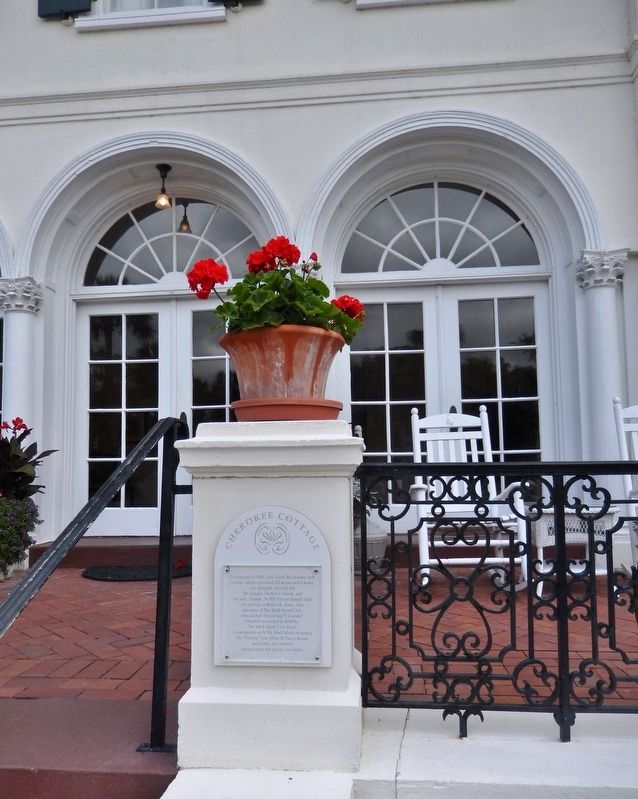 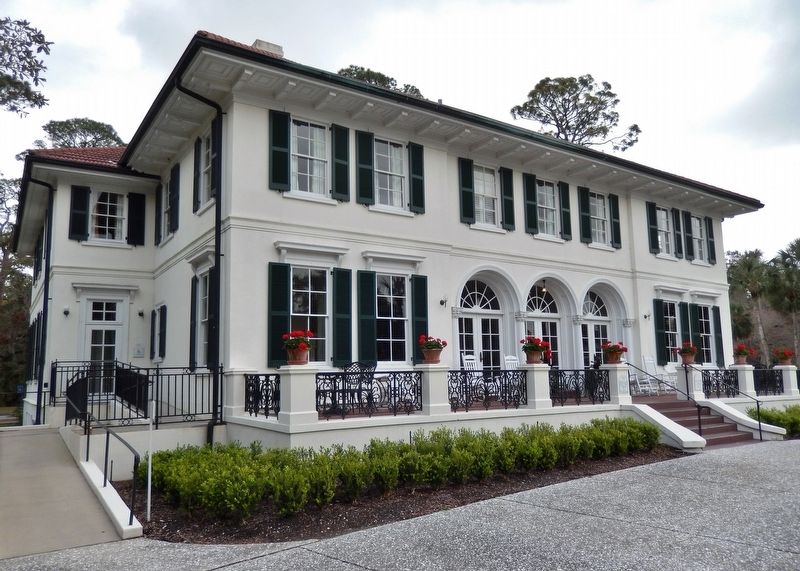 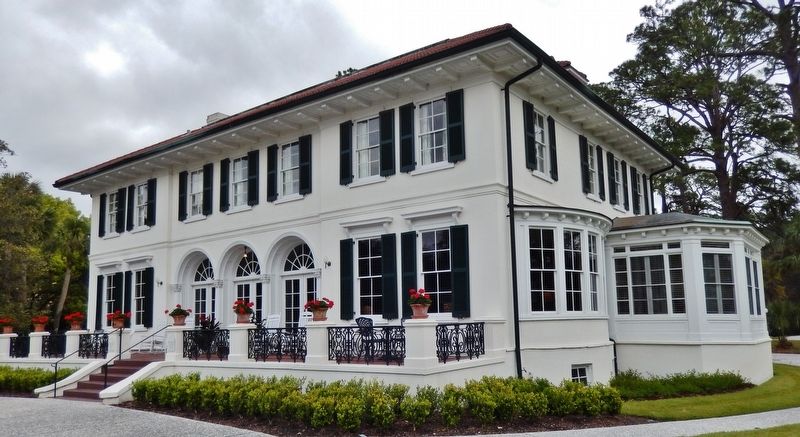