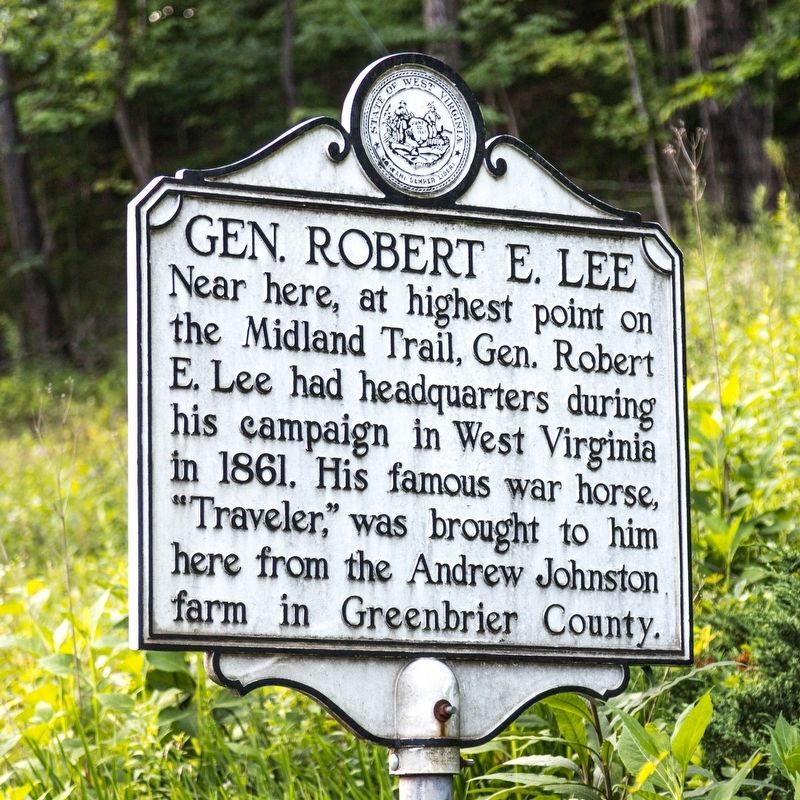 Near here, at highest point on the Midland Trail, Gen. Robert E. Lee had headquarters during his campaign in West Virginia in 1861. His famous war horse “Traveler,” was brought to him here from the Andrew Johnston farm in Greenbrier County.

Topics and series. This historical marker is listed in this topic list: War, US Civil. In addition, it is included in the West Virginia Archives and History series list. 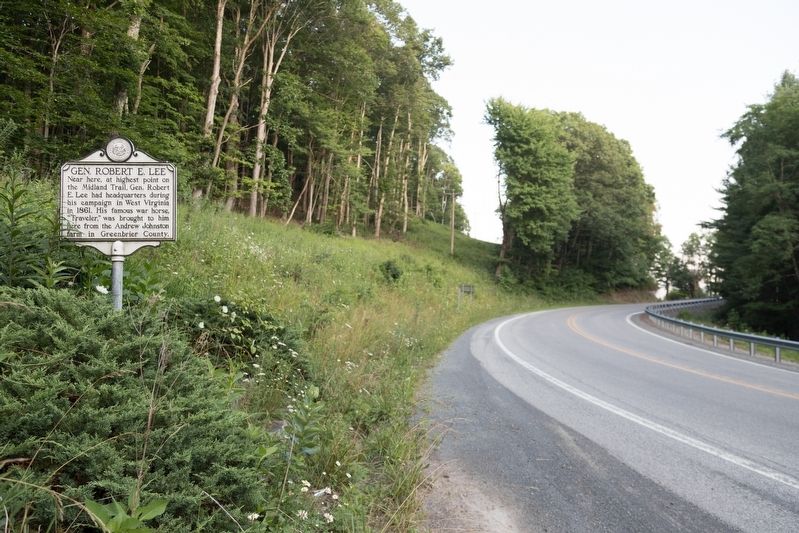 Regarding Gen. Robert E. Lee. It was here where he first saw his war horse “Traveller.” He later purchased the horse for $200 confederate money. 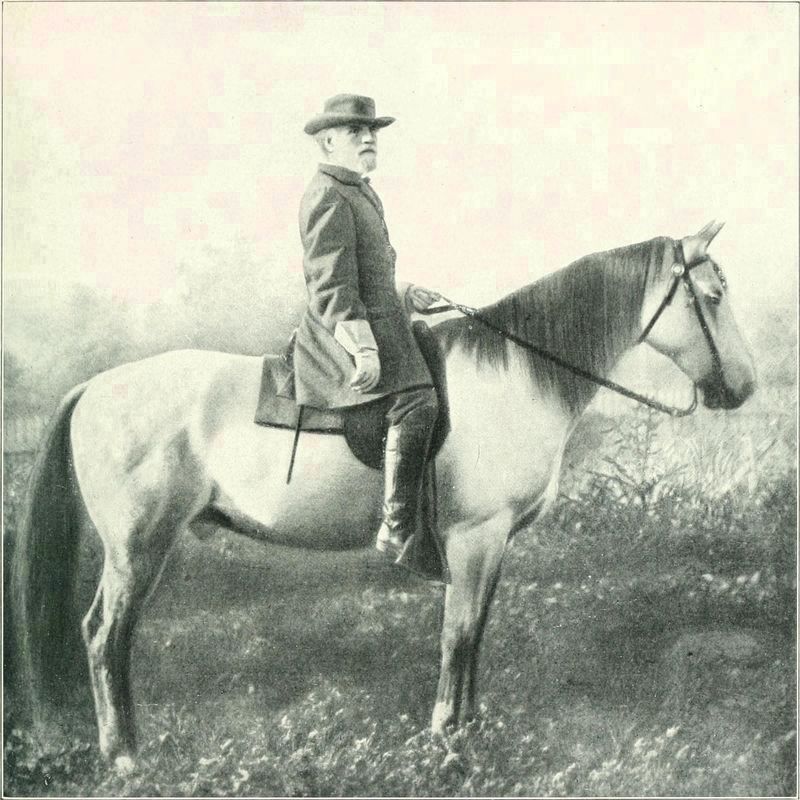 By Michael Miley, photographer, and Adam Plecker, retouch artist, 1866
3. “I can Only Say He is a Confederate Gray” — Lee on ‘Traveller’
This famous photograph of Lee on Traveller was taken by Miley, of Lexington, in September, 1866. In July of that year Brady, Gardner, and Miley had tried to get a photograph of the general on his horse, but the weather was so hot and the flies accordingly so annoying that the pictures were very poor. But the September picture has become probably the most popular photograph in the South. In the Army of Northern Virginia the horse was almost as well known as his master. It was foaled near the White Sulphur Springs in West Virginia, and attracted the notice of General Lee in 1861. Lee’s affection for it was very deep and strong. On it he rode from Richmond to Lexington to assume his duties as president of Washington College. During the remainder of his life Traveller was his constant companion. His son records that the general enjoyed nothing more than a long ride, which gave him renewed energy for his work. In one of his letters while away from home he said: “Ho is Traveller? Tell him I miss him dreadfully, and have repented our separation but once—and that is the whole time since we parted.” —text accompanying the photograph in the 1911 book The Photographic History of the Civil War in Ten Volumes, edited by Francis Miller.
Credits. This page was last revised on January 15, 2021. It was originally submitted on August 20, 2019, by J. J. Prats of Powell, Ohio. This page has been viewed 191 times since then and 18 times this year. Last updated on January 15, 2021, by TeamOHE of Wauseon, Ohio. Photos:   1, 2, 3. submitted on August 20, 2019, by J. J. Prats of Powell, Ohio. • Devry Becker Jones was the editor who published this page.
Share This Page.