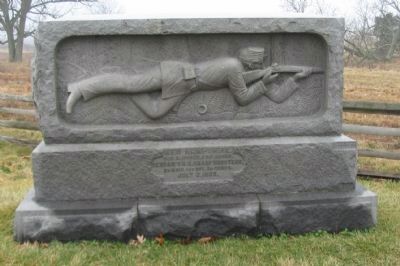 Erected 1886 by State of New Hampshire.

Location. 39° 48.484′ N, 77° 14.171′ W. Marker is in Cumberland Township, Pennsylvania, in Adams County. Memorial is at the intersection of Hancock Avenue and Pleasonton Avenue, on the left when traveling north on Hancock Avenue. Located in near the Pennsylvania Memorial on Cemetery Ridge in Gettysburg National Military Park. Touch for map. Marker is in this post office area: Gettysburg PA 17325, United States of America. Touch for directions. 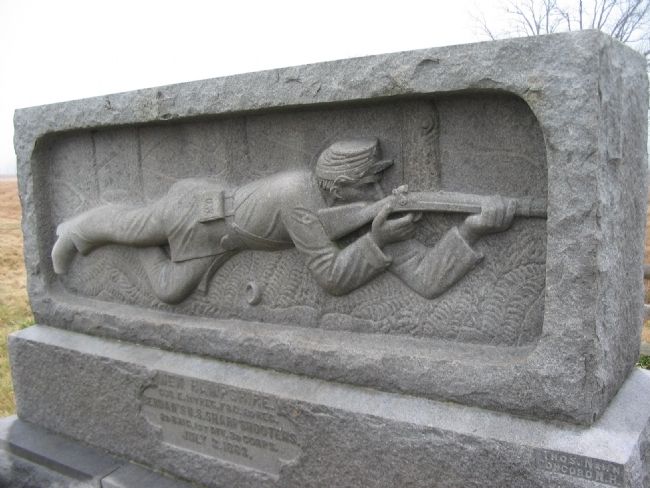 Photographed By Craig Swain, December 27, 2008
2. Close Up of the Relief
Depicts a sharpshooter laying prone, aiming at a target. 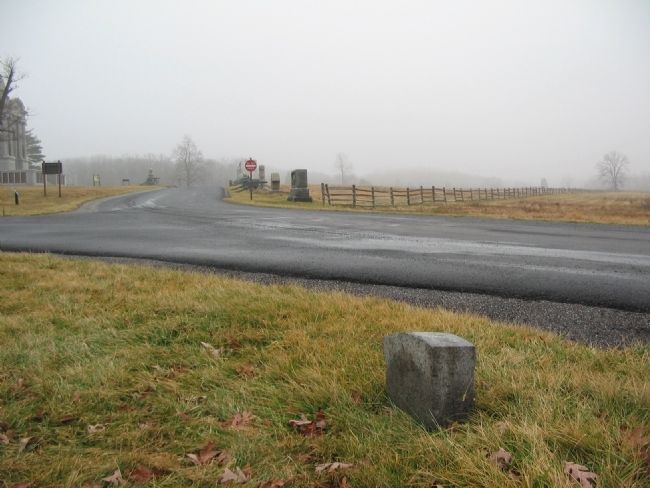 Photographed By Craig Swain, December 27, 2008
3. New Hampshire Sharpshooters Monument
Marker stones for the companies stand along Hancock Avenue. One of which is in the foreground here, with the simple inscription "N.H.S.S." The monument stands just to the right of the "do not enter" sign. The marker stones do not match to any fixed line held by the sharpshooters, and may simply indicate a base line used by one of the companies while detailed on skirmish duties.