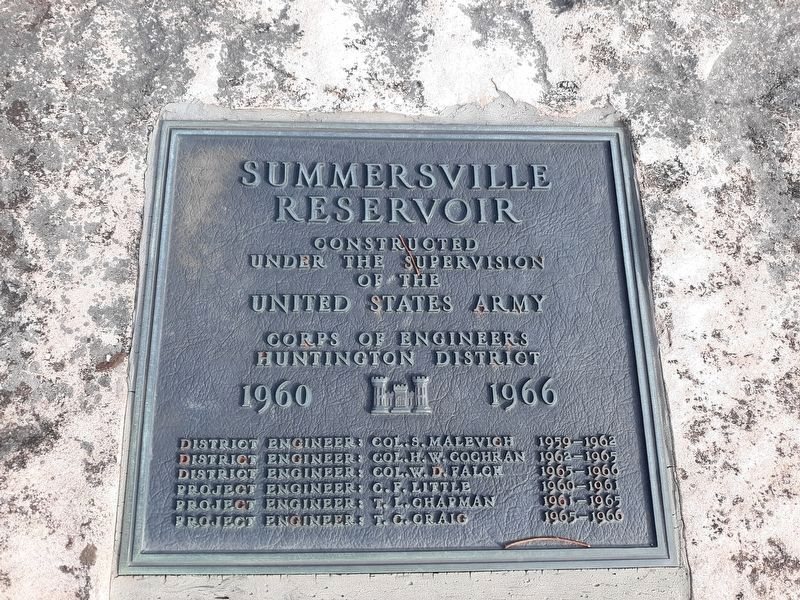 Constructed Under the Supervision of the

Lyndon B. Johnson President of the United States

3 September 1966. . This historical marker is in Summersville in Nicholas County West Virginia

Constructed
Under the Supervision
of the

Lyndon B. Johnson
President of the United States

Topics and series. This historical marker is listed in these topic lists: Architecture • Natural Resources • Waterways & Vessels. In addition, it is included in the Former U.S. Presidents: #36 Lyndon B. Johnson series list. 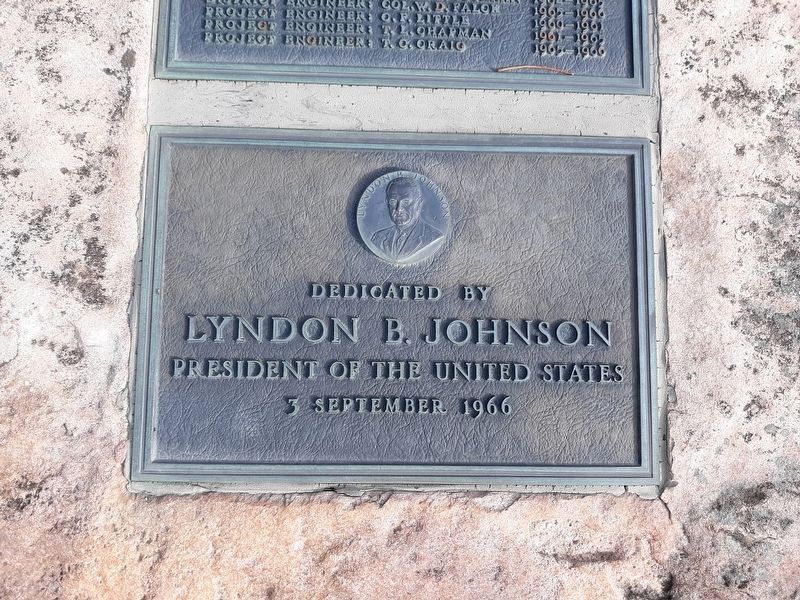 By TeamOHE, December 22, 2019
2. Summersville Reservoir Marker
Plaque 2
the right when traveling west. Touch for map. Marker is at or near this postal address: 2253 Summersville Lake Road, Summersville WV 26651, United States of America. Touch for directions. 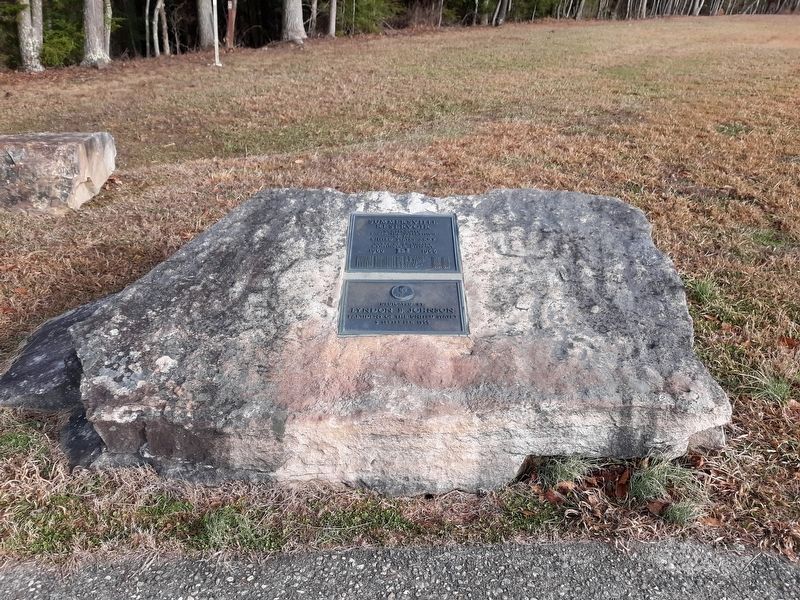 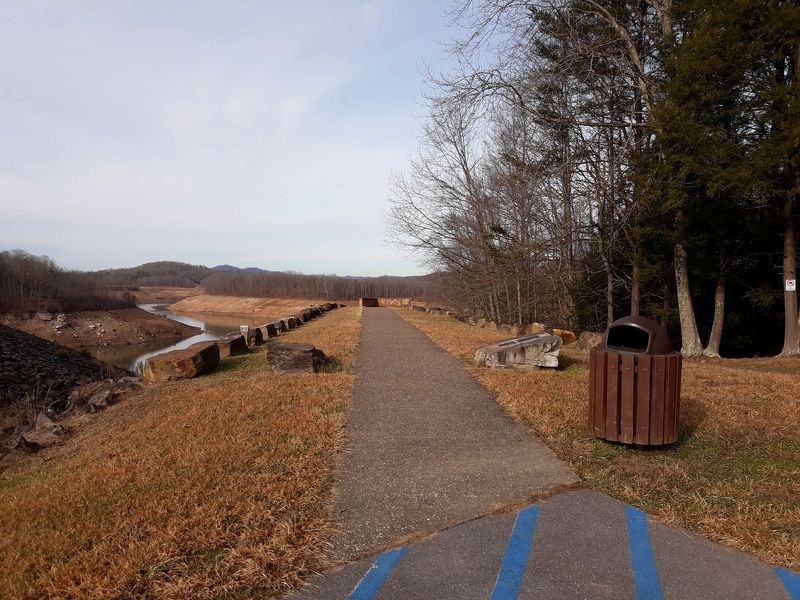