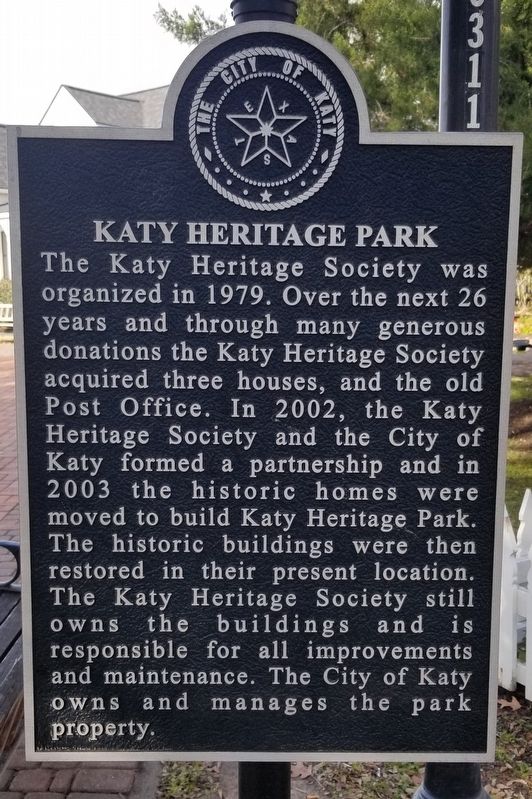 Erected by The City of Katy.

Other nearby markers. At least 8 other markers are within 8 miles of this marker, measured