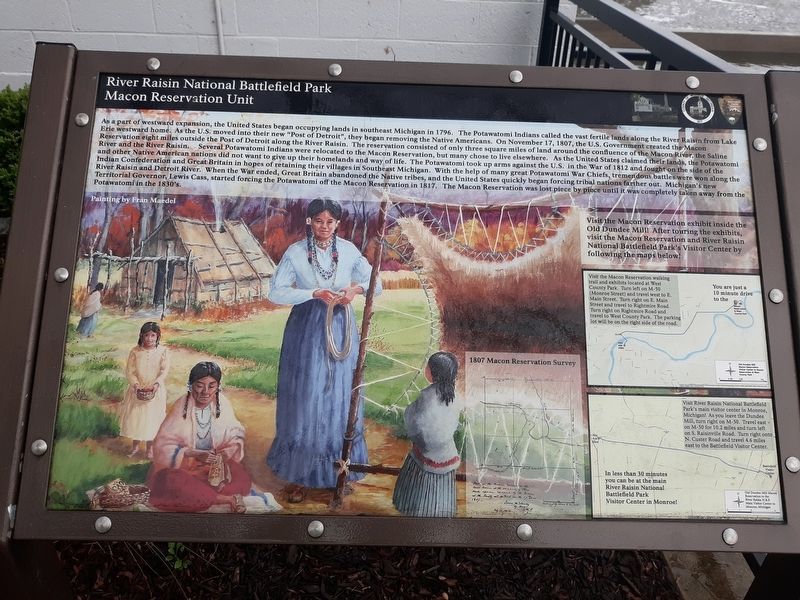 As a part of westward expansion, the United States began occupying lands in southeast Michigan in 1796. The Potawatomi Indians called the vast fertile lands along the River Raisin from Lake Erie westward home. As the U.S. moved into their new "Post of Detroit", they began removing the Native Americans. On November 17, 1807, the U.S. Government created the Macon Reservation eight miles outside the Post of Detroit along the River Raisin. The reservation consisted of only three square miles of land around the confluence of the Macon River, the Saline River and the River Raisin. Several Potawatomi Indians were relocated to the Macon Reservation, but many chose to live elsewhere. As the United States claimed their lands, the Potawatomi and other Native American nations did not want to give up their homelands and way of life. The Potawatomi took up arms against the U.S. in the War of 1812 and fought on the side of the Indian Confederation and Great Britain in hopes of retaining their villages in Southeast Michigan. With the help of many great Potawatomi War Chiefs, tremendous battles were won along the River Raisin and Detroit River. When the 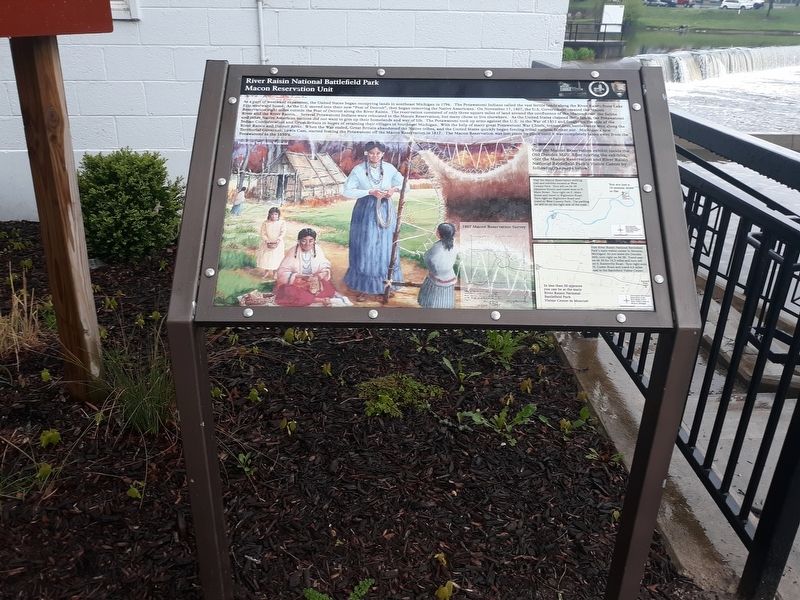 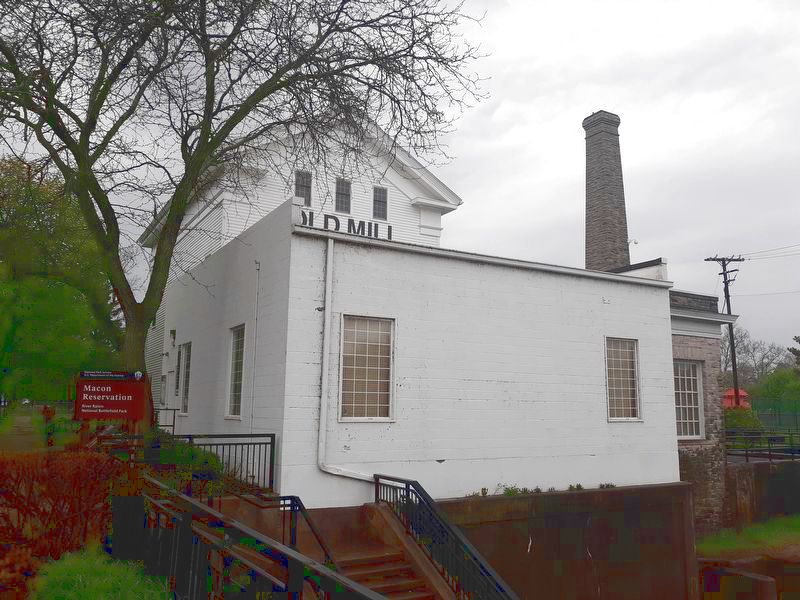 Other nearby markers. At least 8 other markers are within 10 miles of this marker, measured as the crow flies. Dundee's Old Mill (a few steps from this marker); Old Mill Museum (within shouting distance of this marker); The Mill or Grist Stone (within shouting distance of this marker); Dundee - Hub of the Highways (about 700 feet away, measured in a direct line); Saint John Evangelical Lutheran Church (approx. 0.3 miles away); Deerfield Township Unknown Dead Memorial (approx. 7.8 miles away); Milan Village Hall and Fire Barn (approx. 9 miles away); Braman Hotel (approx. 9.2 miles away). Touch for a list and map of all markers in Dundee.
Credits. This page was last revised on January 25, 2021. It was originally submitted on January 25, 2021, by TeamOHE of Wauseon, Ohio. This page has been viewed 44 times since then. Photos:   1, 2, 3. submitted on January 25, 2021, by TeamOHE of Wauseon, Ohio. • Mark Hilton was the editor who published this page.
Share This Page.