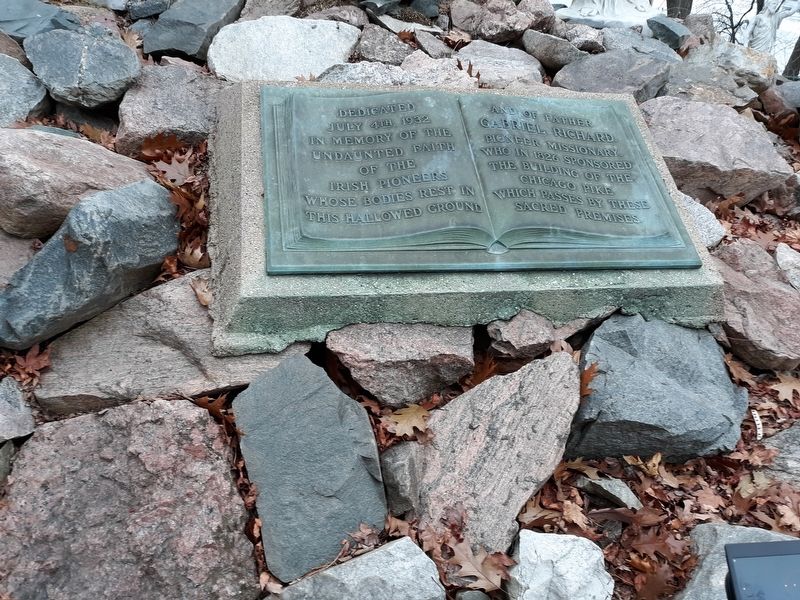 Dedicated July 4th 1932 in memory of the undaunted faith of the Irish pioneers whose bodies rest in this hallowed ground and of Father Gabriel Richard, pioneer missionary, who in 1826 sponsored the building of the Chicago Pike which passes by these sacred premises. 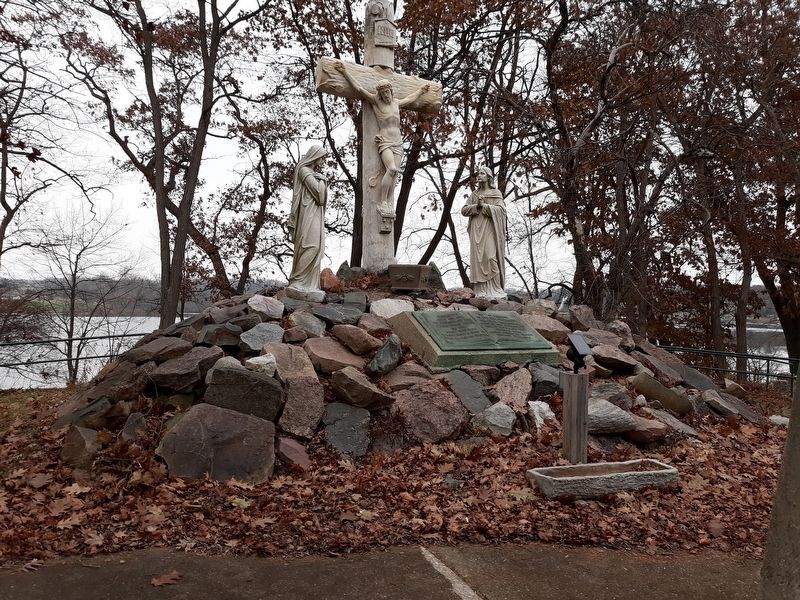 By TeamOHE, December 8, 2019
2. Irish Pioneers & Father Gabriel Richards Marker
Davenport House (approx. 2½ miles away); St. Michael and All Angels Church (approx. 2.8 miles away); Wooden Stone School (approx. 4.3 miles away); Brooklyn's Founder (approx. 5½ miles away). Touch for a list and map of all markers in Onsted.
Credits. This page was last revised on January 29, 2021. It was originally submitted on January 26, 2021, by TeamOHE of Wauseon, Ohio. This page has been viewed 39 times since then. Photos:   1, 2. submitted on January 26, 2021, by TeamOHE of Wauseon, Ohio. • Bill Pfingsten was the editor who published this page.
Share This Page.