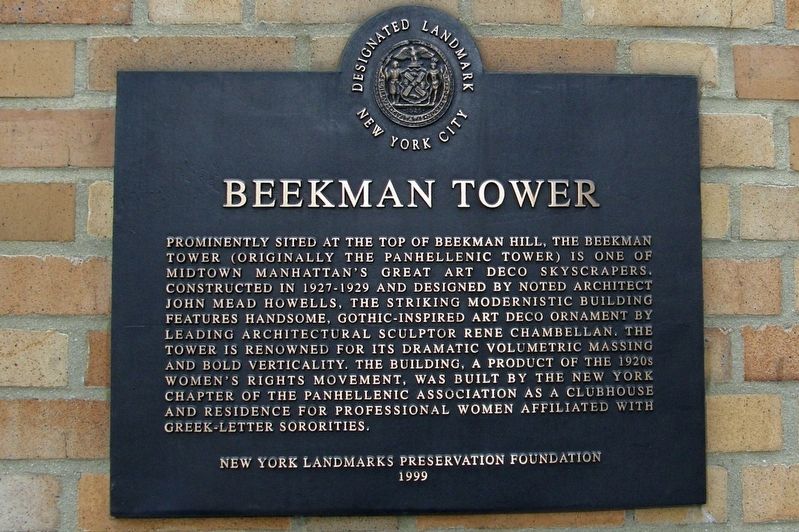 Prominently sited on top of Beekman Hill, the Beekman Tower (originally the Panhellenic Tower) is one of Midtown Manhattan’s great Art Deco skyscrapers, constructed 1927-1929 and designed by noted architect John Mead Howells, the striking modernistic building features architectural sculptor Rene Chambellan. The tower is renowned for its dramatic volumetric massing and bold verticality. The building, a product of the 1920s Women’s Rights movement, was built by the New York Chapter of the Panhellenic Association as a clubhouse and residence for professional women affiliated with Greek-letter sororities.

Topics. This historical marker is listed in these topic lists: Architecture • Fraternal or Sororal Organizations • Women. 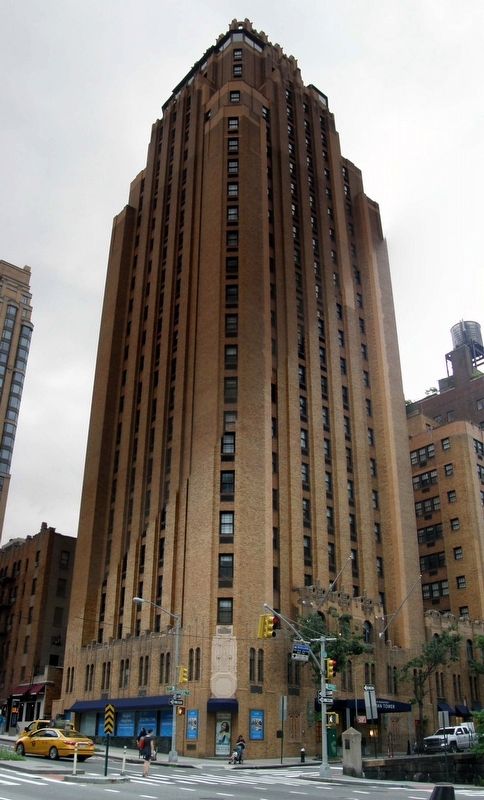 By Larry Gertner, July 27, 2017
2. Beekman Tower
The plaque is visible on the Mitchell Place side.
, on the right when traveling north on First Avenue. Touch for map. Marker is at or near this postal address: 3 Mitchell Pl, New York NY 10017, United States of America. Touch for directions.

Regarding Beekman Tower. The building is listed in the "AIA (American Institute of Architects) Guide to New York City, Fifth Edition".