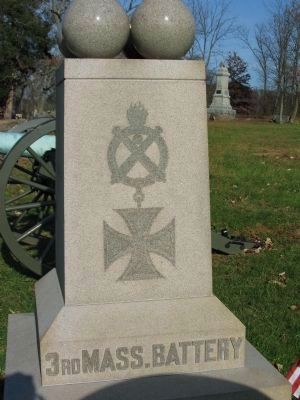 Location. 39° 47.803′ N, 77° 14.286′ W. Marker is in Cumberland Township, Pennsylvania, in Adams County. Memorial is at the intersection of Wheatfield Road and Crawford Avenue, on the right when traveling west on Wheatfield Road. Located on the north end of the "Valley of Death" near the John Weikert farm in Gettysburg National Military Park. Touch for map. Marker is in this post office area: Gettysburg PA 17325, United States of America. Touch for directions. 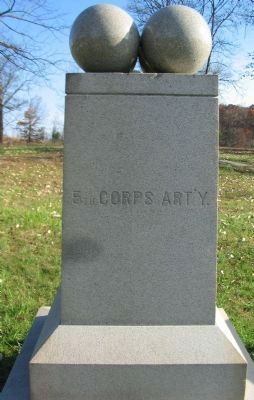 Photographed By Craig Swain, November 11, 2008
2. Right Side of Monument

Related markers. Click here for a list of markers that are related to this marker. 3rd Massachusetts Light Art. Battery at Gettysburg. 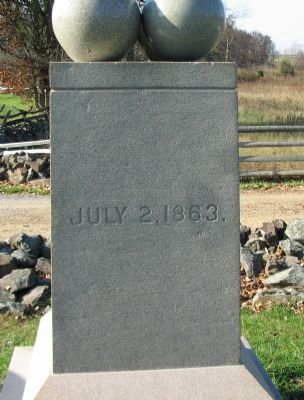 Photographed By Craig Swain, November 11, 2008
3. Left Side of Monument 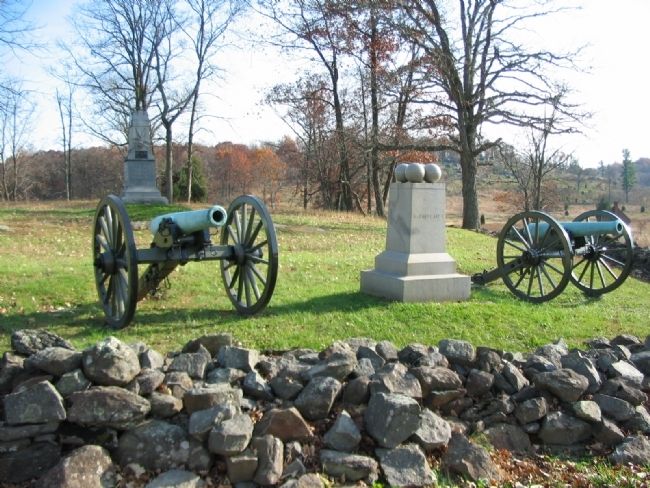 Photographed By Craig Swain, November 11, 2008
4. 3rd Massachusetts Battery July 2 Position
Looking from the extension of Crawford Avenue that becomes the drive way for the John Weikert Farm. The monument faces the Wheatfield Road, to the right. Two 12-pounder Napoleons represent the battery at this location. On the left is registry number 177 produced by Revere Copper in 1862. On the right is a "rifled" version of the gun produced by Ames Manufacturing in 1862, bearing registry number 77. 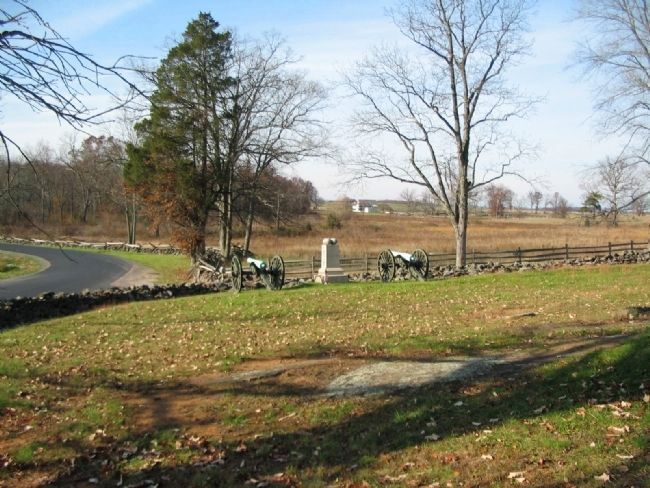 Photographed By Craig Swain, November 11, 2008
5. Battery Position and Field of Fire
Looking down at the battery position with Wheatfield Road on the left. The drive way to the John Weikert farm passes in front of the cannon. In the distant center, the white buildings are those of the Trostle farm. 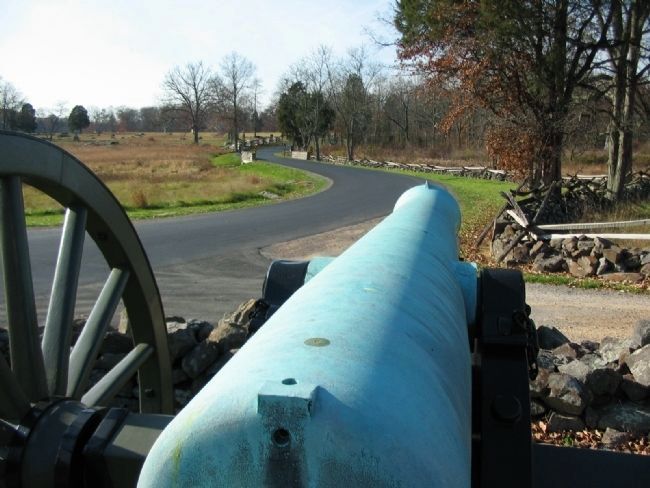 Photographed By Craig Swain, November 11, 2008
6. Gunner's View from the Right Side Napoleon
Looking down the barrel of the "rifled" Napoleon with Wheatfield Road weaving through the center of view. The road crosses Plum Run at the bridge just left of center. In the distant left are monuments for the Pennsylvania Reserves on the east side of the Wheatfield. The "rifled" Napoleon was part of an experimental batch and was not used in combat. Note however the holes at the breech for James type gun sights. Those are unique to the rifled guns and not seen on any other Napoleons.
Credits. This page was last revised on December 3, 2020. It was originally submitted on March 2, 2009, by Craig Swain of Leesburg, Virginia. This page has been viewed 1,199 times since then and 26 times this year. Photos:   1, 2, 3, 4, 5, 6. submitted on March 2, 2009, by Craig Swain of Leesburg, Virginia.
Share this page.