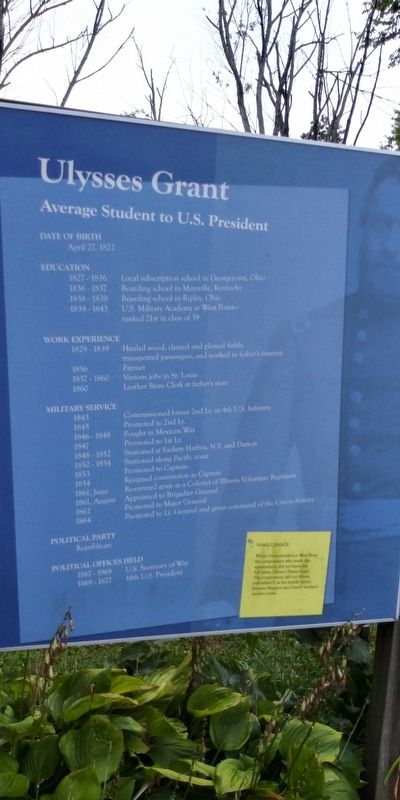 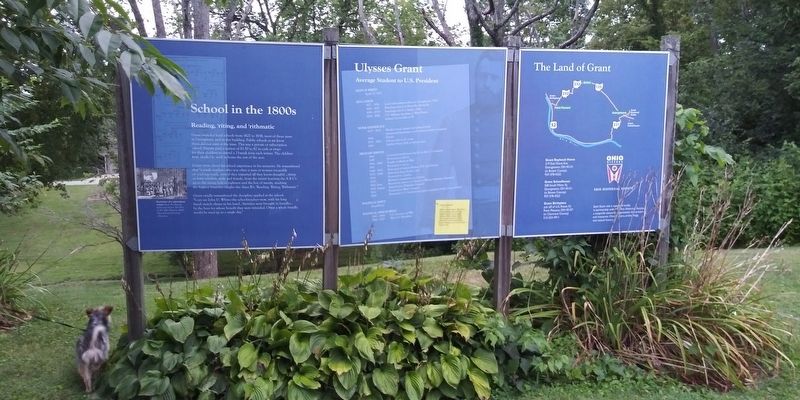 Click or scan to see
this page online
Armies

Name Change
When Grant enrolled at West Point the congressman who made the appointment did not know his full name, Hiram Ulysses Grant. The congressman left out Hiram and added S as the middle initial, because Simpson was Grant’s mother's maiden name.

Erected by The Ohio History Connection.

Topics and series. This historical marker is listed in these topic lists: Education • Patriots & Patriotism • War, US Civil. In addition, it is included in the Former U.S. Presidents: #18 Ulysses S. Grant series list. A significant historical date for this entry is April 27, 1822. 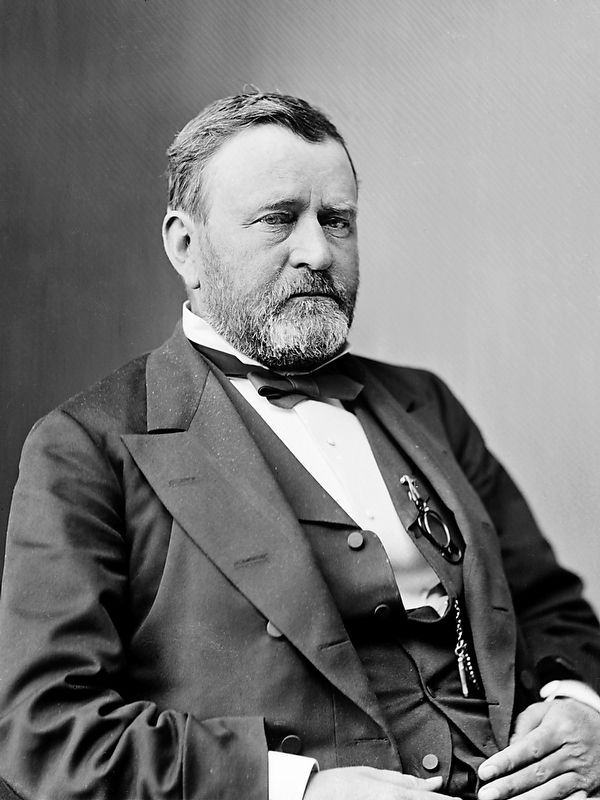 More about this marker. Located at the U.S. Grant Schoolhouse Historic Site. This originally one-room school attended by Ulysses was built in 1829 and served as Georgetown's schoolhouse for over twenty years until it was replaced in 1852. The building became Ohio History Connection property in 1941, and it can be toured with the U.S. Grant Homestead Association. 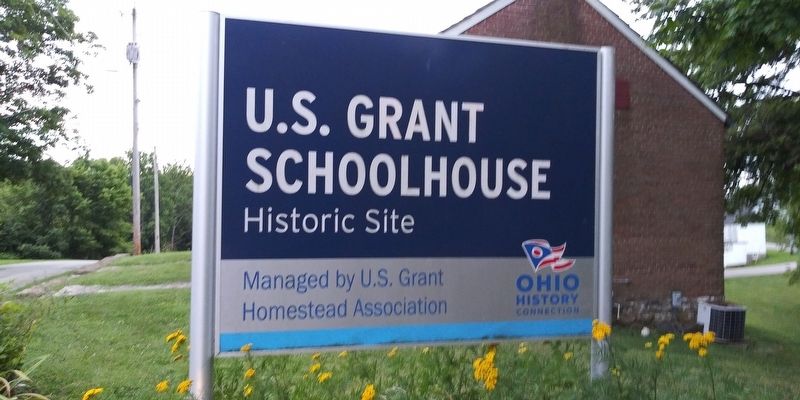