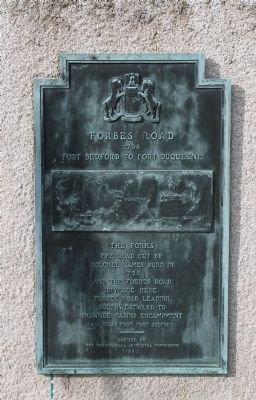 By Dave Kerr, September 23, 2012
1. Forbes Road Marker
Inscription.
Forbes Road. . The Forks . The Road cut by Colonel James Burd in 1755 and the Forbes Road diverge here, Forbes Road leading southwestward to Shawnee Cabins Encampment 4 1/2 miles from Fort Bedford. . This historical marker was erected in 1930 by Pennsylvania Historical and Museum Commission. It is in Napier Township in Bedford County Pennsylvania

Topics and series. This historical marker is listed in these topic lists: Roads & Vehicles • War, French and Indian. In addition, it is included in the Forbes Road, and the Pennsylvania Historical and Museum Commission series lists. 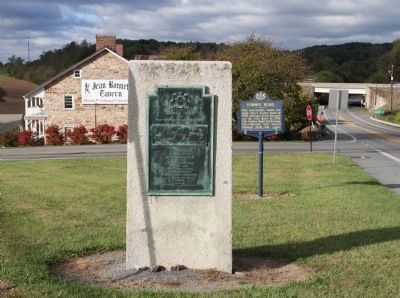 By Dave Kerr, September 23, 2012
2. Forbes Road Marker
are within 4 miles of this location, measured as the crow flies. A different marker also named Forbes Road (here, next to this marker); Traveling The Highway (about 300 feet away, measured in a direct line); Bonnet Tavern (about 400 feet away); From Motor Camping to Tourist Cabins (approx. 1.9 miles away); The Coffee Pot (approx. 2.6 miles away); Bedford Village (approx. 2.6 miles away); a different marker also named Bedford Village (approx. 3.3 miles away); Fort Bedford (approx. 3.4 miles away). Touch for a list and map of all markers in Napier Township.

More about this marker. The PAHMC Forbes Road marker is steps away from this
monument. The historic 18th Century Jean Bonnet Tavern is also nearby. 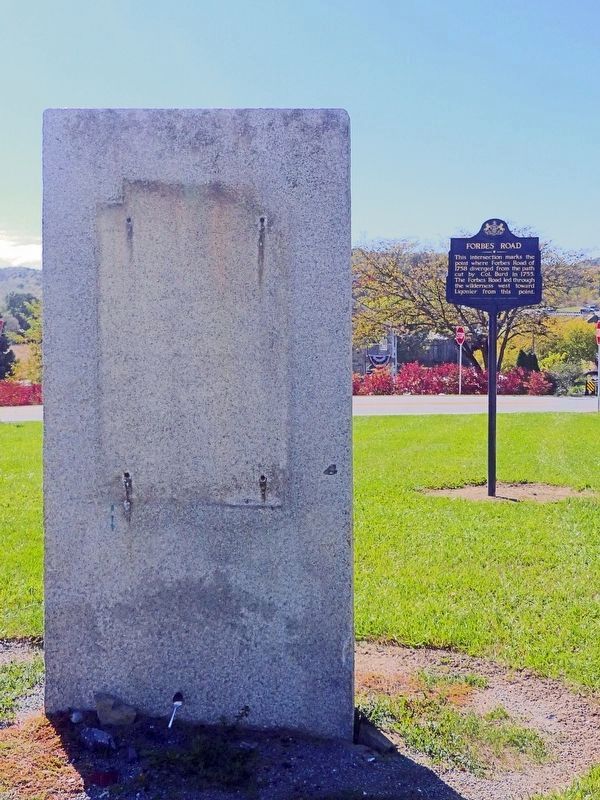