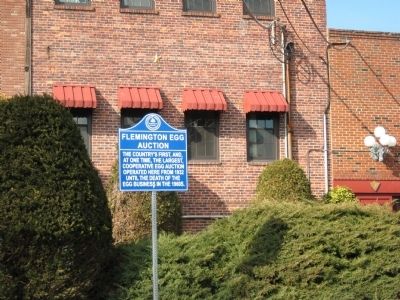 The country’s first, and, at one time, the largest, cooperative egg auction. Operated here from 1932 until the death of the egg business in the 1960s.

Topics and series. This historical marker is listed in these topic lists: Industry & Commerce • Notable Buildings. In addition, it is included in the New Jersey, Hunterdon County Cultural and Heritage Commission series list.

Location. 40° 30.838′ N, 74° 51.71′ W. Marker is in Flemington, New Jersey, in Hunterdon County. Marker is on Park Avenue, on the right when traveling south. Touch for map. Marker is in this post office area: Flemington NJ 08822, United States of America. Touch for directions. 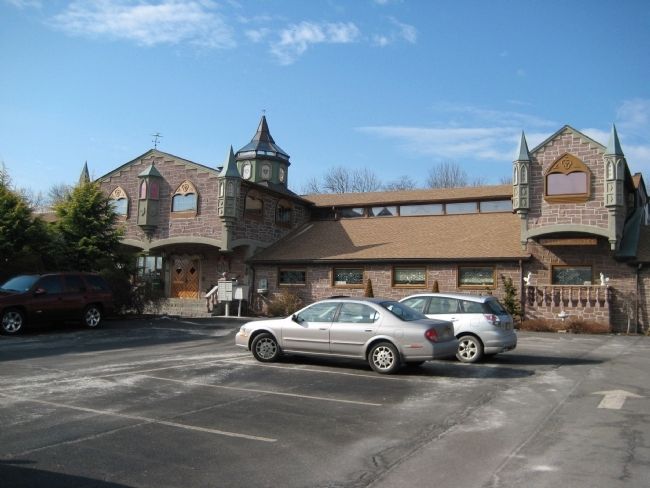 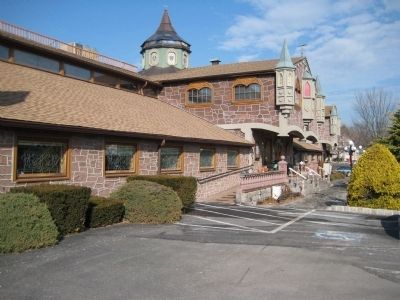