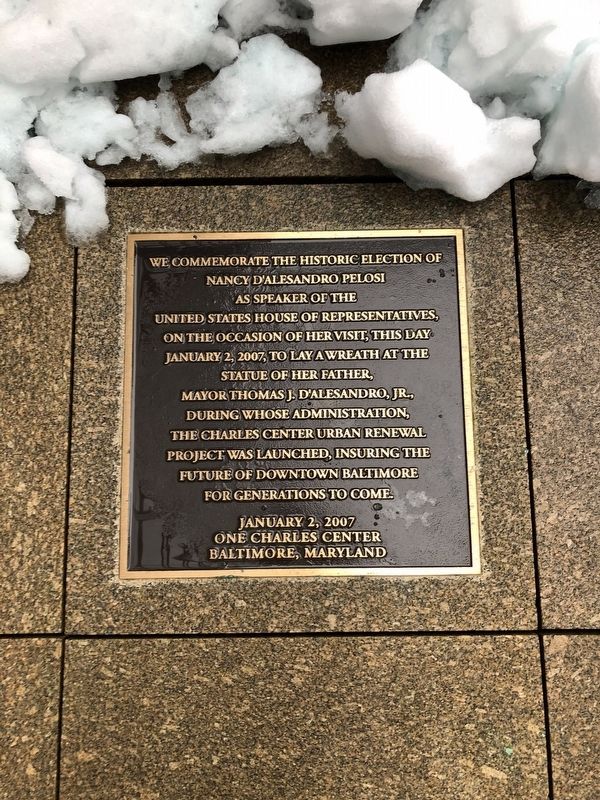 We commemorate the historic election of Nancy D'Alesandro Pelosi as Speaker of the United States House of Representatives, on the occasion of her visit, this day January 2, 2007, to lay a wreath at the statue of her father, Mayor Thomas J. D'Alesandro, Jr., during whose administration the Charles Center Urban Renewal Project was launched, insuring the future of downtown Baltimore for generations to come.
January 2, 2007
One Charles Center
Baltimore, Maryland

Topics. This historical marker is listed in these topic lists: Government & Politics • Women.

Location. 39° 17.464′ N, 76° 36.948′ W. Marker is in Downtown in Baltimore, Maryland. Marker can be reached from the intersection of North Charles Street and East Lexington Street, on the right when traveling south. Touch for map. Marker is at or near this postal address: 100 N Charles St, Baltimore MD 21201, United States of America. Touch for directions. 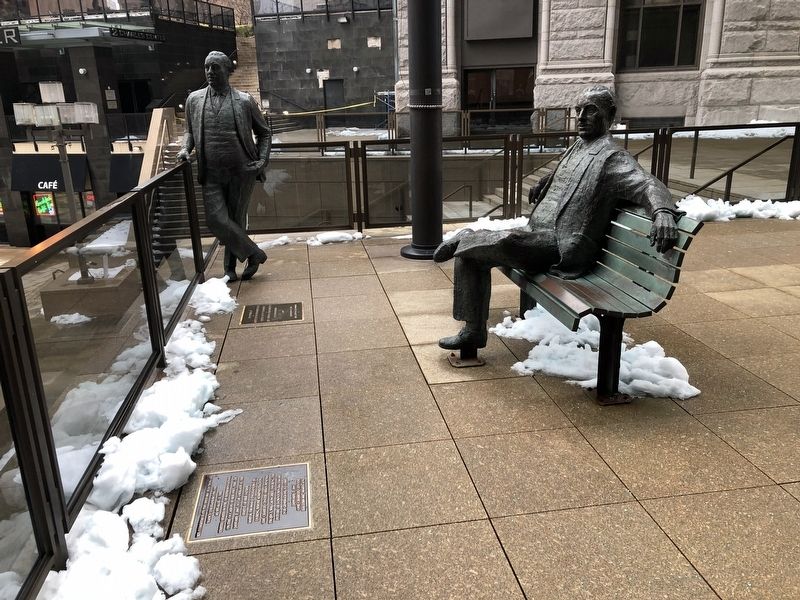