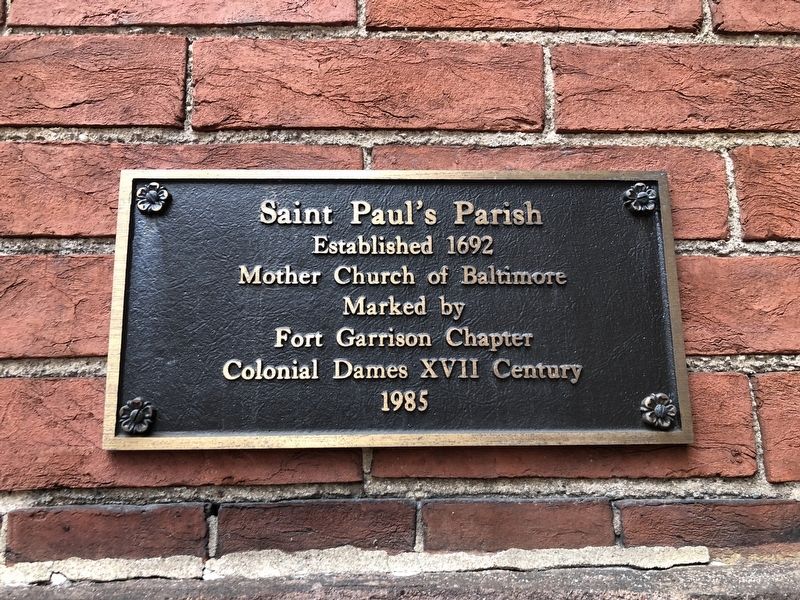 Topics and series. This historical marker is listed in these topic lists: Churches & Religion • Colonial Era. In addition, it is included in the The Colonial Dames XVII Century, National Society series list.

Location. 39° 17.529′ N, 76° 36.914′ W. Marker is in Downtown in Baltimore, Maryland. Marker is on Charles Street just south of East Saratoga Street, on the right when traveling north. Touch for map. Marker is at or near this postal address: 233 N Charles St, Baltimore MD 21201, United States of America. Touch for directions. 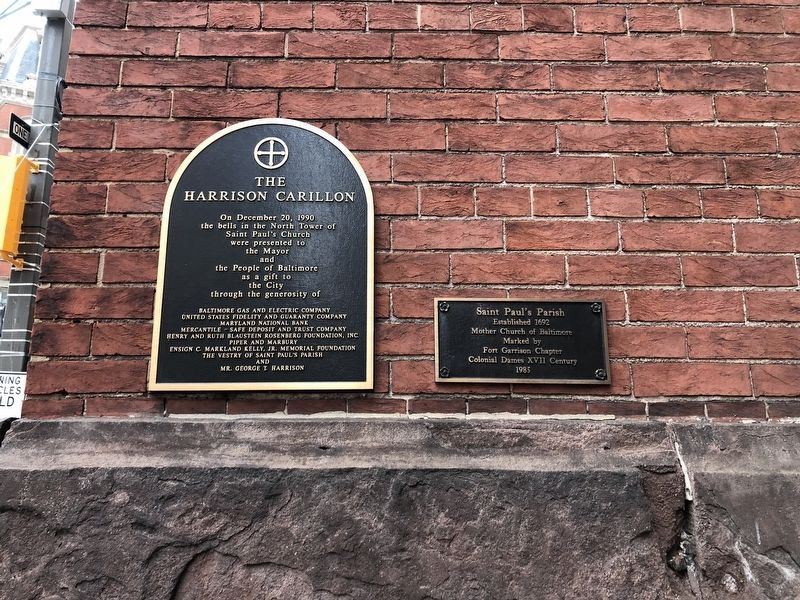 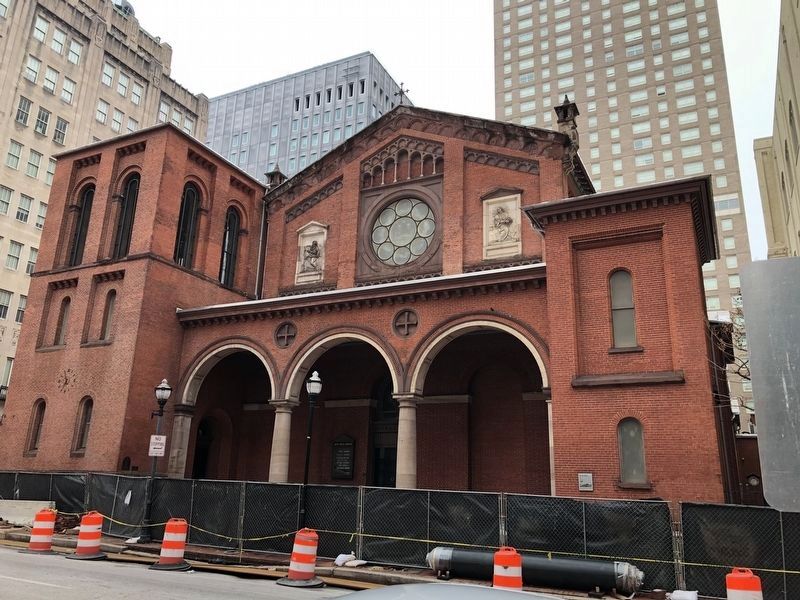