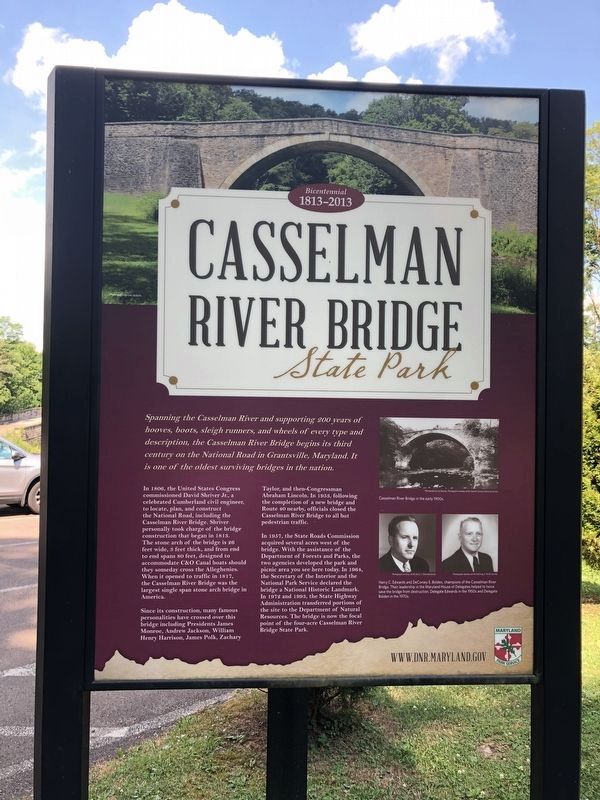 In 1806, the United States Congress commissioned David Shriver Jr., a celebrated Cumberland civil engineer, to locate, plan, and construct the National Road, including the Casselman River Bridge. Shriver personally took charge of the bridge construction that began in 1813. The stone arch is 26 feet wide, 3 feet thick, and from end to end spans 80 feet, designed to accommodate C&O Canal boats should they someday cross the Alleghenies. When it opened to traffic in 1817, the Casselman River Bridge was the largest single span stone arch bridge in America.

Since its construction, many famous personalities have crossed over this bridge including Presidents James Monroe, Andrew Jackson, William Henry Harrison, James Polk, Zachary Taylor, and then-Congressman Abraham Lincoln. In 1953, following the completion of a new bridge and Route 40 nearby, 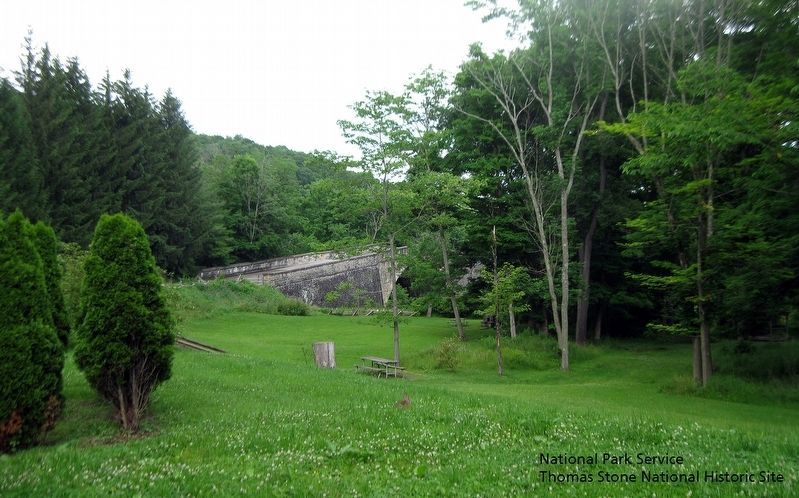 In 1957, the State Road Commission acquired several acres west of the bridge. With the assistance of the Department of Forests and Parks, the two agencies developed the park and picnic area you see here today. In 1964, the Secretary of the Interior and the National Park Service declared the bridge a National Historic Landmark. In 1972 and 1993, the State Highway Administration transferred portions of the site to the Department of Natural Resources. The bridge is now the focal point of the four-acre Casselman River Bridge State Park. 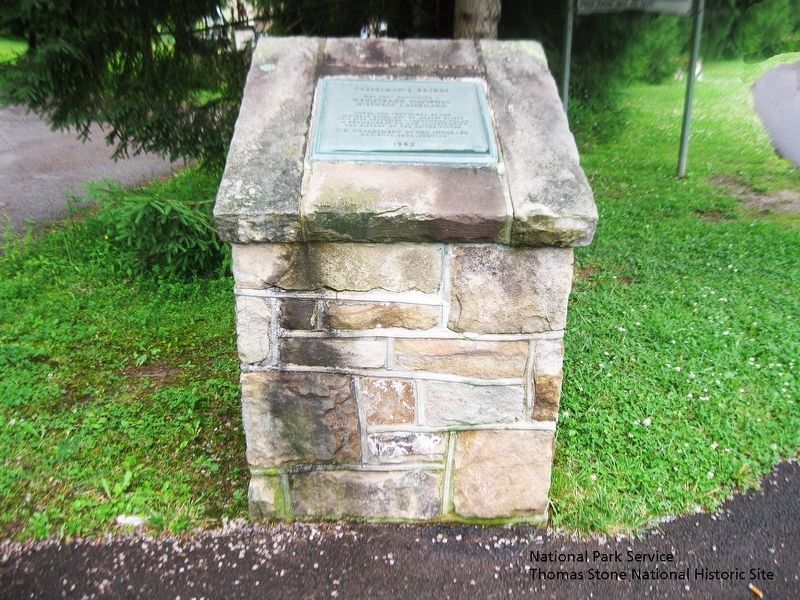 Location. 39° 41.767′ N, 79° 8.695′ W. Marker is in Grantsville, Maryland, in Garrett County. Marker is on National Pike (Route Alt-40) 0.3 miles east of Patton Lane, on the left when traveling east. A duplicate of this marker is found on the opposite side of the Casselman River Bridge. Touch for map. Marker is at or near this postal address: 10240 National Pike, Grantsville MD 21536, United States of America. Touch for directions. 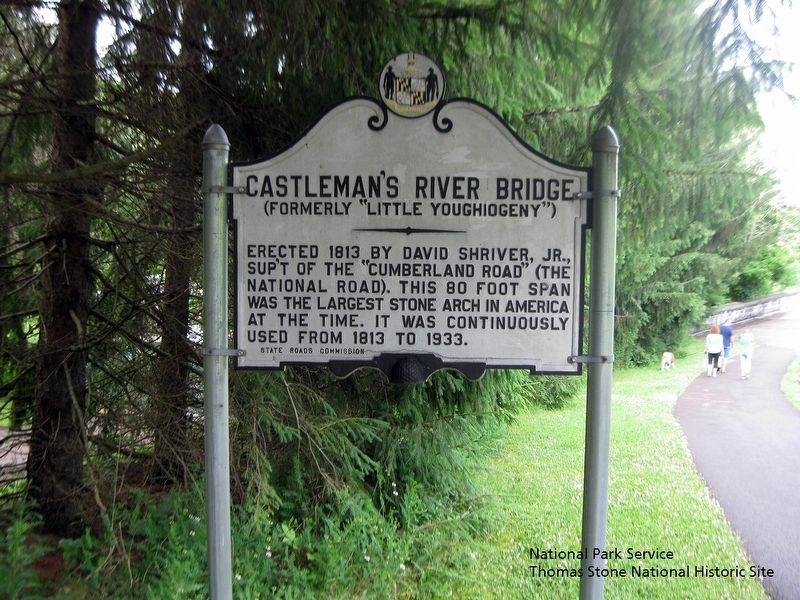 National Park Service, Thomas Stone National Historic Site, June 17, 2019
4. Castleman's River Bridge (Formerly "Little Youghiogeny") marker at west end of the bridge.
(A duplicate of this marker is located at the east end of the bridge.)
(about 700 feet away); a different marker also named Mountain Maryland Gateway to the West (about 700 feet away); The Original Tombstone of Solomon Glotfelty (about 800 feet away). Touch for a list and map of all markers in Grantsville.

More about this marker. At the south end of the row of parking spaces before reaching the west end of Casselman River Bridge.