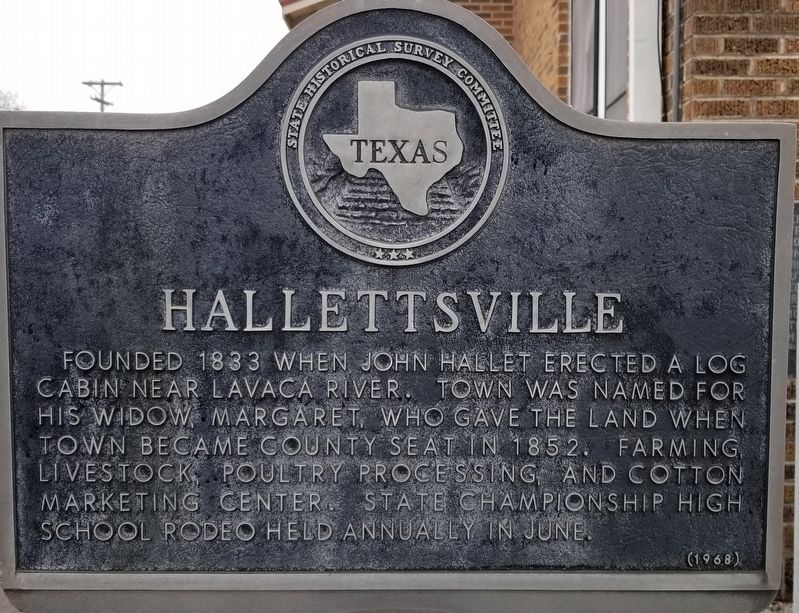 Other nearby markers. At least 8 other markers are within walking distance of this marker. First National Bank of Hallettsville (about 400 feet away, measured in a direct line); Lavaca County Courthouse

The county seat of Lavaca County, is on the Lavaca River at the intersection of U.S. Highway 77 and alternate U.S. Highway 90A, eighty miles southeast of Austin. One of the first settlers in the area was John Hallett, who received a land grant from Stephen F. Austin in 1831. After Hallett's death in 1836 his wife, Margaret L. Hallett, donated land for the townsite.  Source: The Handbook of Texas